Teachers threaten to close down school 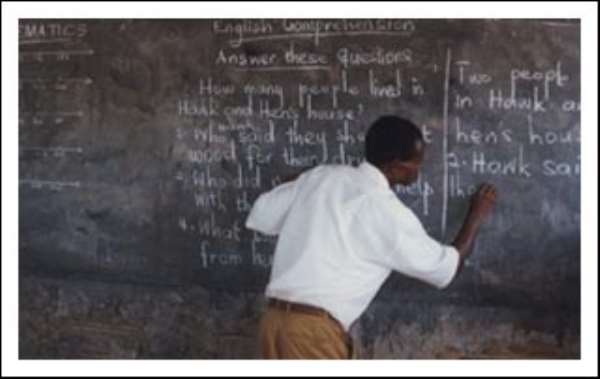 New Akrofuom (Ash), July 26, GNA - Teachers at the New Akrofuom District Assembly Primary and Junior Secondary schools, in the Adansi East District, have threatened to close down the schools, in protest over the constant soiling of the school compound, black board and school furniture with human excreta.

Speaking to the GNA, Nana Kwasi Owusu-Adansi and Mr Sam K. Mensah, head teachers of the two schools, said the situation had persisted for the past 10 years, despite the fact that there was a public toilet in the town some.

The two head teachers said those carrying out the action were impervious to all efforts by the Adansi East District Directorate of Education to get them to stop their practice.

" A series of meetings with the town's people to educate them on the negative effects of their behaviour also proved futile." The only alternative left now, they said, was to close down the schools to save the authorities and the pupils from the inhuman ordeal.