Number Of Ebola Cases In Decline 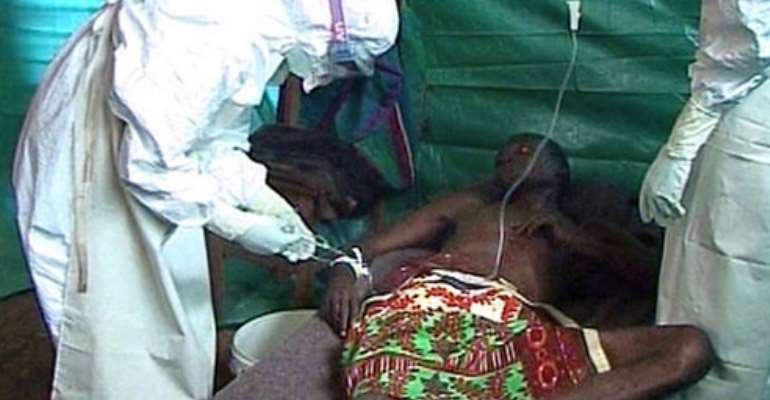 World Health Organization (WHO) Director-General Dr. Margaret Chan has reported that the numbers of Ebola Virus Disease (EVD) cases are in rapid decline.

Nevertheless, the United Nations affiliated agency says that this is no reason for the world community to become complacent in the efforts to contain and eliminate the disease.

This claim and others published over the last month has given hope that the worse outbreak of the dreaded disease may be coming under control. The overwhelming majority of cases have occurred in Guinea, Sierra Leone and Liberia.

Other countries in the West Africa region, Nigeria, Mali and Senegal were able to rapidly respond to the limited number of cases halting the outbreaks within their national boundaries. Recently Senegal reopened its border with neighboring Guinea, where the latest outbreak of EVD cases first took place over a year ago.

The Daily Mail reported from London on Jan. 26 that “Senegal reopened its land border with Guinea on Monday, pointing to the 'significant efforts' of its neighbor in fighting an Ebola outbreak that has claimed thousands of lives. People and goods can now 'move freely by land between the two countries', the interior ministry said in a statement cited by the state-run Senegalese Press Agency.”

In a statement delivered by Dr. Chan on Jan. 26,she discussed various aspects of the social conditions prevailing in Guinea, Sierra Leone and Liberia that may have contributed to the rapid spread of the disease. The decade-long civil wars in Liberia and Sierra Leone during the 1990s and early 2000s, created tremendous dislocation and the breakdown of national institutions and public infrastructure.

Political instability and unrest in Guinea has not created an atmosphere favorable to internal public infrastructural development. The mineral-rich former French colony has been subjected to numerous military coups over the last three decades.

“Prior to the outbreak, Guinea, Liberia, and Sierra Leone had only 1 to 2 doctors per nearly 100,000 people,” Dr. Chan said. “The Ebola outbreak cut this number down considerably,” she continued. (WHO Report, Jan. 26)

She also stressed that “The number of infected doctors, nurses, and other health care staff, at nearly 850 with 500 deaths, was unprecedented for Ebola, as was the fact that these infections were still occurring in December, a year into the outbreak.The entry of Ebola into two new countries via infected air travelers was also unprecedented.”

Impact Will Remain for Some Time
Recent statistics compiled by the Atlanta-based Center for Disease Control and Prevention (CDC) suggest that over 8,675 people have died so far from this virulent strain of the Viral Hemorrhagic Fever (VHF) and estimates indicate that 21,797 have been infected in the largest of such outbreaks since EVD was first recorded in 1976 in Democratic Republic of Congo (DRC), then Zaire. The epidemic has created economic and social challenges due to the dislocation in the agricultural and transport sectors of the most impacted states in the region.

Problems associated with food deficits and shortages of consumer goods are a direct result of the level of cases affecting farm workers, drivers, healthcare and educational personnel. Delays in bringing consumer goods and food stuffs to the markets in cities and towns have prompted calls for assistance from humanitarian organizations.

Yet attempts to mobilize resources in response to the epidemic has been lacking. The United States and Britain have taken more of a militarized posture towards the crisis as opposed to addressing the problems associated with healthcare treatment facility shortages, medicines and protective gear.

In addition, the social impact is destined to be felt for many years due to the increasing number of orphaned children whose parents have died from the pandemic. In a report broadcast over TV Continental satellite news station based in Lagos, Nigeria on Jan. 26, it revealed that many of the cases involving children whose parents and other close relatives who have succumbed to EVD, there is difficulty in many instances of efforts to locate the closest relatives in order to re-integrate the youth back into their family structures.

Nonetheless, developments over the last several weeks have given reason for optimism. A statistical analysis of the growth in cases illustrates that the rate of infection is declining significantly.

Julia Belluz wrote in a report that “There's finally good news on the ongoing struggle to stamp out the world's worst Ebola outbreak: the number of new cases is falling quickly. Ebola diagnoses are now halving every 10 days in Guinea, every 14 days in Liberia, and every 19 days in Sierra Leone, according to the World Health Organization.” (Vox.com, Jan. 26)

This same article goes on to note that “In Sierra Leone, the WHO said there were 117 new confirmed cases reported last week, compared with 184 in the previous week and 248 the week before that. In other good news, the WHO declared Mali Ebola-free this week after a small outbreak there sparked international concern last October.”

Vaccine Sent for Trials
Also 300 doses of a vaccine have been sent to Liberia for a clinical trial. The vaccine is produced by GlaxoSmithKline, a large pharmaceutical firm.

The initial shipments of Ebola vaccines were transported to the region on Jan. 23aboard a commercial flight from Brussels, Belgium, to Liberia. GlaxoSmithKline stated that the firm will overtime send 30,000 doses of the vaccine to Liberia which is to be utilized in the initial clinical trial testing for those who are at actual risk of catching Ebola including health care workers, close contacts of cases and burial workers.

According to Glaxo vice president Dr. Rip Ballou, "They've passed all the quality checks and now can be sent to the site. We are also working on scaling up the production of the vaccine." (nbcnews.com, Jan. 23)

Meanwhile, the U.S. government announced that the EVD vaccine trial would begin by early February. The National Institutes of Health (NIH) assisted in the development of two vaccines which are slated to be tested.

One of the vaccines was produced by Okairos, a Swiss-Italian biotech firm which is now owned by Glaxo as well as another product manufactured through a collaborative project staffed by Canadian health experts, NewLink Genetics and licensed by Merck. "There will be another epidemic if there's not a vaccine to prevent this," Ballou noted. (nbcnews.com, Jan. 23)

However, as it relates to the medium and long term prospects for the improvement of the healthcare infrastructures in these most severely impacted states in West Africa, a different approach to governing must come into being. The reliance on the former colonial and current neo-colonial states in Europe and North America will only result in future outbreaks of EVD as well as other infectious diseases such as polio, measles, cholera, malaria, etc., which remain extremely high.

Concern surrounding the most recent EVD outbreak relates in part to the threat the pandemic posed to the U.S. and other western countries. Cases of EVD in the U.S., including one death, created the conditions for the politicization of the disease and its victims.

With the eradication of the two U.S.-based transmissions in Dallas among nurses, the debate involving the handling of the outbreak has largely receded. Nevertheless, until the disease is tackled, controlled and eliminated,there will always remain a danger to Africa as well as the international community.