How Ebola Disease Got To Nigeria 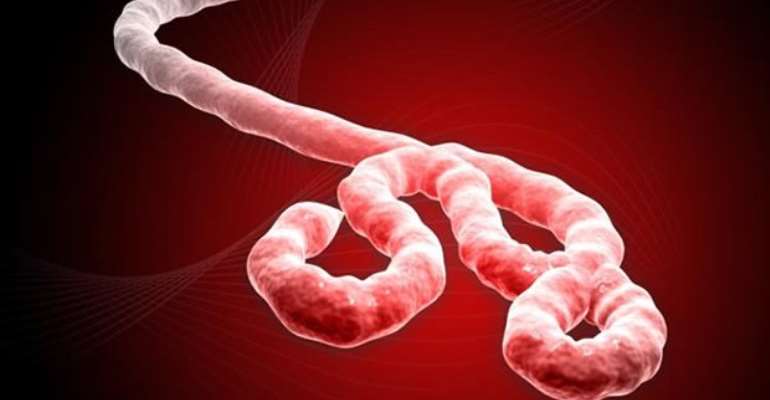 How Ebola Disease Got To Nigeria
By Michael Egbejumi-David
Now that we got the 'all clear' and we have been able to reasonably restrain the spread of the Ebola Virus Disease in Nigeria, we can take a more dispassionate look at the issue, its genesis and some ramifications.

Special praise must go to Dr Adadevoh and her team at First Consultant Hospital. I dread to imagine what would have happened in Lagos and in Nigeria had the index case not been taken to that hospital and placed under the care of Dr Adadevoh. Her foresight and effective management of that case probably saved our collective bacon.

We cannot leave out the World Health Organisation (WHO) and other foreign health experts who were on the ground and in the forefront providing us with support. However, when you think that there are many more WHO personnel and foreign health workers in Ebola-stricken countries such as Guinea, Liberia and Sierra Leone, and these countries have not managed to contain Ebola and in fact, the disease in on the increase in those places, you begin to appreciate the more, the effectiveness of Nigeria's local strategy and response.

Nigeria tackled Ebola disease head-on and won. It was text-book epidemiology triumph. In doing this, we probably helped prevent greater spread of the disease to other parts of the continent.

So kudos to all involved. They have all done very well. And you know you've done good when even America sends its personnel to study how you've done it!

But how did Ebola get to Nigeria?
First, we can confirm authoritatively now that Mr Patrick Sawyer did come to Nigeria knowing full well he had contacted the Ebola disease. He came here looking for a cure. His widow in New York attested to that much. Mr Sawyer wasn't alone. Another Liberian diplomat sneaked through the border and sought cure for the same disease in Port Harcourt.

Furthermore, there were news reports of a few Ebola-stricken West African nationals who tried to cross into Nigeria through the Niger and through some South-south borders. They were all turned back. Also, three travelers suspected to be Ebola-infected were apprehended after they crossed into Ogun state through the Imeko-Afon border.

Why did all these people come, and wanted to get into Nigeria? They were practically invited to come by the now former Minister for Information, Labaran Maku.

On Wednesday 2nd April 2014, Jonathan was away in Brussels. In his place, Vice President Sambo chaired the weekly Federal Executive Council meeting in Abuja. Immediately after this meeting, while briefing journalists on its outcome, Maku declared to the world that Nigeria has Ebola virus disease vaccines.

Specifically, the voluble Maku said, “Nigeria is prepared right now to curtail any outbreak particularly given reports that few counties on the West Coast like Liberia, Sierra Leone and Guinea have reported cases of Ebola fever and given our proximity to these, Nigeria is ready. The ministry has taken every precaution including getting with vaccines and medicines to ensure that should there be any incidence in Nigeria, everything would be dealt with precision.”

The man wasn't done. He added, "So far, there is nothing like Ebola fever in Nigeria, and Council was reassured that every step has been taken to ready our country just in case infected persons come into the country from our neighbouring countries.”

This was the same briefing where the re-basing of our economy was mentioned for the first time and perhaps that over-shadowed the tidbit about us having Ebola vaccines. So while most Nigerians heard 'Rebasing,' our Ebola-stricken neighbours heard 'Vaccines.'

I suppose Mr Maku could be reasonably excused on the basis that he was perhaps just passing on information he received from the Health Ministry. However, he could have checked and confirmed his facts before making categorical statements. Giving Nigeria's pre-eminence in the continent, why would other Africans (who might not be privy to the grandiloquent nature of our government officials) not take Maku's statement seriously?

Even as late as July 25th, few days after Sawyer escaped into Nigeria, the Project Director of the Nigerian Centre for Disease Control, one Professor Abdulsalam Nasidi, chipped-in, “…we have mobilised rapid response teams in addition to developing a detailed response plan that includes a comprehensive health education, health promotion to sensitise Nigerians, enhanced surveillance to detect and treat the disease.”

What's a desperate African citizen to do on the back of such reassuring statements? Same thing is happening to America now. A few people with Ebola have flown into that country since the USA was able to successfully cure a couple of people with the Ebola virus.

It is painful that some people have had to lose their lives as a result of Sawyer's and other's actions, but we must put things in their proper perspective. People in offices of high responsibility must be more discerning and more sensitive when it comes to matters of life and death. There are times to grandstand and there are other times to be serious.

So when Jonathan described Patrick Sawyer as “crazy” and a “mad man,” perhaps, he ought to have been looking elsewhere.

But, thank heavens, we pulled through and we have excelled – albeit at a price. We only need now to worry about people coming home for Christmas from Ebola-infested countries.

However, what our experience with the successful containment of the Ebola disease has shown is that Nigeria has the material and human resources to be a truly great nation if only we have the will, the commitment, and the right leadership. We can even straighten out our healthcare sector such that the president won't have to jet into Germany so much for his healthcare needs.