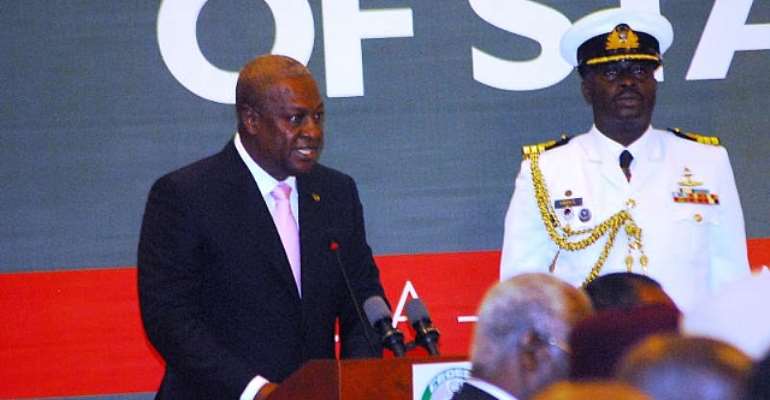 He said a Solidarity Fund for Ebola to support the affected nations has already received immediate financial pledges and commitments from member-states.

President Mahama said this at the close of the 45th Ordinary Session of ECOWAS Authority and Heads of State and Government in Accra.

He noted that ECOWAS member-states had amended some protocols and decisions, aimed at promoting the free movement of persons, goods and services.

He said ECOWAS member-states had adopted the ECOWAS Biometric Identification cards for its citizens in principle, pending a security appraisal of the member-states.

He, therefore, urged member-states to take the necessary steps at the national level for the implementation of decisions to benefit the people.

In a related development, Mr Kadre Desire Quedraogo, President of the ECOWAS Commission, has announced in the final Communique of the ECOWAS summit that the government of Nigeria had contributed three million dollars towards the fight against Ebola outbreak in the sub-region.

He said the ECOWAS Authority highlighted the serious threat of the continuous threat of the Ebola disease in the region, which had so far claimed about 500 lives, and sympathized with the governments and people of the affected member-states.

He also noted that the summit appealed to other member-states, as well as the International Community, to contribute to the solidarity Fund for Ebola.

Mr Quedraogo further stated that the ECOWAS Authority had taken note of the positive outlook of the regional growth achieved during the first half of 2014, as well as the gradual diversification of their economies.

He urged member-states to sustain their efforts, particularly by strengthening the economic, budgetary and financial reforms, as well as taking ownership and ensuring effective implementation of the regional programmes with a view to consolidating the achievements.

He said the Heads of State and Governments of the ECOWAS Community had welcomed the actions implemented in line with the different road maps adopted, particularly by ensuring that the ECOWAS-Common External Tariff (CET) 'comes into force in January 2015, to ensure effective implementation of the trade liberalization scheme, and the attainment of the Monetary Union by 2020.

He said the summit instructed the West African Chief Negotiators to take all necessary steps to quickly start the process of signing and implementing the agreement, as well as informing and raising awareness of the national and regional actors.

Mr Quedraogo stated that the ECOWAS Authority has noted with satisfaction the progress recorded in the process of democratic consolidation and stability in member-states.

He said the Summit expressed concern about the increasing terrorist attacks by the Boko Haram insurgents in Nigeria, and the continued non-release of the Chibok school girls, as well as other bombings and crimes against the people.

He said the ECOWAS Authority also expressed deep concerns over the growing menace of terrorism in the member-states, as well as the damning effects of piracy, human trafficking, proliferation of small arms and light weapons, abductions and other criminal acts perpetrated by non-state armed groups.

He said the summit instructed the ECOWAS Commission to strengthen its multi-sectoral programmes to support the member-states in fighting those challenges, particularly in areas of training and capacity-building and information sharing.