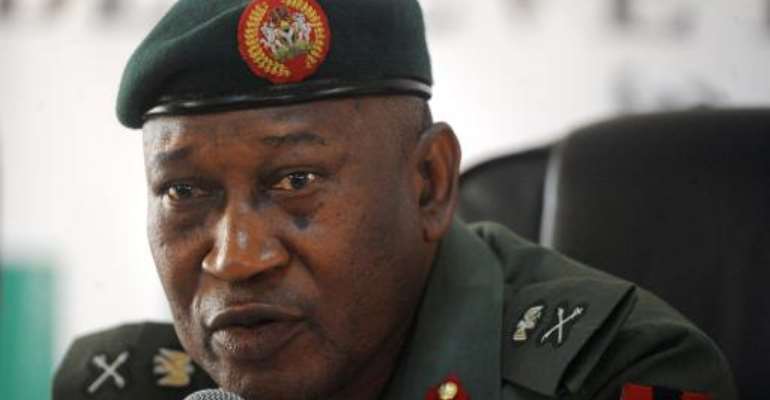 Abuja (AFP) - Nigeria's military on Monday said it had made an arrest in connection with the bombing of a football match that killed at least 40 people.

"A key suspect in the terror bomb explosion that rocked Kabang community in Mubi, Adamawa state... has been arrested by troops who cordoned (off) the area in swift response to the explosion," defence spokesman Chris Olukolade told reporters.

A police officer, a nurse at the hospital where the dead and wounded were taken and residents told AFP that at least 40 were killed in the blast, which happened at about 6:30 pm (1730 GMT) on Sunday.

The military and state government gave a lower number of dead and injured, but conflicting death tolls are not unusual in Nigeria.

The apparent target was fans trying to leave the field after watching a local club match.

Muhammad Hassan, a Mubi resident who was at the match, said the blast appeared to come from within the crowd of people who were walking across the pitch and heading home after the final whistle.

"Women and children were caught up in the blast," he said.

Suspicion for the attack immediately fell on Boko Haram Islamists, who have stepped up their campaign of violence in northeast Nigeria and in April kidnapped more than 200 schoolgirls.

Adamawa is one of three northeastern states that have been under a state of emergency since last May in an attempt to curb the spiralling violence.

The eastern part of Nigeria has also seen sectarian violence at football matches not thought to be linked to Boko Haram, however.

In Taraba state, just south of Adamawa, scores of people were killed last year in fighting between supporters of a nominally Muslim club and mostly Christian fans of a rival side.