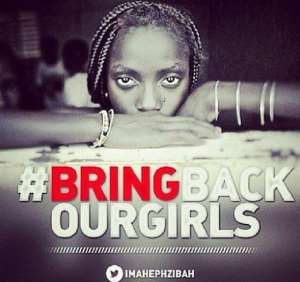 With the Bring Back Our Girls Movement the world is waking up to the twin realities that most Nigerians have dealt with for some time now. Indifference permeates the corridors of power at Aso Rock the seat of the Nigerian government in Abuja and Boko Haram has metamorphosed into an apologetic terrorist organization. President Goodluck Jonathan and the Nigerian elites the so-called rulers of the Giant of Africa have displayed their incompetence and/or reluctant to govern for the masses while making it known that Nigeria only works for the rich and powerful.

Ironically, Nigeria is made up of various nationalities and has generated nearly 1 trillion dollars from petroleum since the discovery of oil at Oloibiri in the Niger Delta region. The world likes to pretend that Africa is poor but Nigeria alone has made enough money since 1956 to make nearly all the UN Population Fund estimated 1.4billion Africans billionaires. We have earned revenues to allocate over 4 billion dollar to the nearly 200million Nigerians alive today. But the Nigerian government is like a savings and loans scheme gone astray. There is mind-blowing corruption and ineptitude towards the needs of the public and cold-blooded stealing of public funds.

The corruption explains why President Jonathan, his inner circle, and his predecessors (Mr. Obasanjo and Alhaji Yar'Adua) allowed Boko Haram to thrive for this long. With the levels of youth unemployment in Nigeria, the population of Nigerian, and our annual revenues of over 50 billion dollars, the government in Aso Rock should have trained and stationed about 50,000 troops on the Nigerian borders with Niger, Chad, and Cameroun. Another 50,000 troops should have matched from Abuja to flush out Boko Haram fighters along the way to meeting up with their comrades at the designated borders.

However, effective strategies and tactics were never employed to tackle the scourge of this Islamic terrorist group that have shown a proclivity of killing innocent people. Before the attack of the Girls Secondary School in Chibok, Boko Haram publicized their plans to attack schools. They attacked several schools and slaughtered many boys and girls while Nigerians continued business as usual. Instead of focusing on the essential mission of securing lives and properties the Nigerian federal and state governments continued their primary task of pilfering the national resources and sharing the loot amongst their cronies.

Thus it is not accidental that in the midst of this irresponsible crop of rulers Nigerians boost of individual billionaires that are wealthier than the likes of Oprah. We have a history of rulers not leaders who have used stooges to setup and hoard billions from the nation. For example, when the northern military generals were in charge of governance the assumption was that they were taking care of northern Nigeria, instead we have now realized that they only looked out for themselves and a select few. Some of them established resorts in places like Sharm el-Sheikh Egypt while defunding infrastructures (roads, electricity, and hospitals), education, and agriculture.

Due to these intentional negligence which President Jonathan and the state governors have continued to apply with mastery the former bread basket of the nation has become the headquarter of carnages. There is a so-called National conference going on in Abuja to address issues of revenue allocation, systems of government-unitary, federalism, confederalism, and the demands of the various nations in Nigeria but the key factor remains fixing corruption. But the powerful people and benefactors in Nigeria will concede nothing without fights hence the need to rise up for Nigerians at home and abroad. Regular Nigerians need to dust off their apathy and act without waiting for God and foreigners.