Minister worried about slow integration of decentralized departments into MMDAs 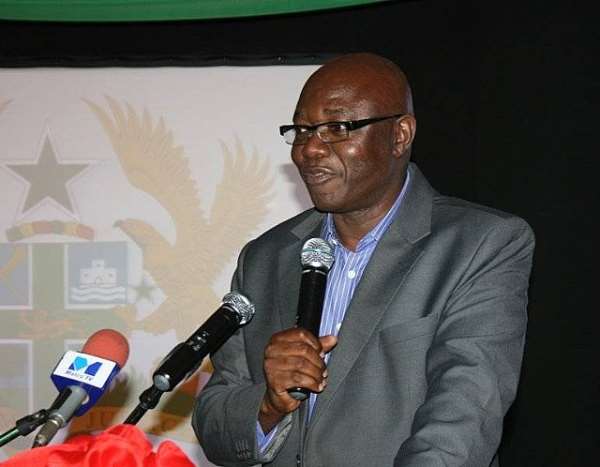 He said to help address the situation the Local Government Service Secretariat would provide assistance to the MMDAs with guidelines and technical support to speed up the process.

Mr Oppong Fosu expressed the concern on Tuesday at a meeting with heads of departments and staff of the Central Regional Co-ordinating Council in Cape Coast.

The meeting is part of the three-day tour of selected MMDAs in the Central Region to inspect on-going projects and to interact with staff of the MMDAs and chiefs of the selected areas.

Mr Oppong Fosu said this was part of Government's commitment to deepening the decentralisation process of bringing public sector decisions closer to local communities to empower them to participate in the implementation and monitoring of development programmes.

He said a Social Accountability Unit had been set up at the Ministry of Local Government and Rural Development as a focal point for all initiatives aimed at promoting greater transparency and citizen participation in the governance of local resources.

Touching on the infrastructure for the newly created districts, Mr Oppong Fosu said most of the assemblies established in 2003, 2007 and 2012 were accommodated in rented premises but added that in 2012 the Ministry released 100,000.00 each to the 46 newly created MMDAS for the purchase of equipment.

He said this year the MLGRD would provide a prototype office and residential accommodation for the 46 new districts created in 2012 using the amount pledged by Central Government in the budget statement.

On sanitation, Mr Oppong Fosu said the Ministry was putting in place all the required framework to ensure effective delivery.

He said the implementation of the Community Led Total Sanitation as a rural strategy would be introduced to improve the access to sanitation in the country.

Dr Samuel Sarpong, Central Regional Minister, was unhappy about the activities of illegal miners (galamsey) which destroyed the environment and polluted water bodies.

He said to help address the situation, the Regional Security Council had put in place a task force to deal with the situation which was yielding positive results.

Dr Sarpong said another area of concern was the motor traffic accidents on the highways and to compliment the efforts of the Road Safety Committee, all the MMDCEs had made it a policy to incorporate road safety issues in their public address policies.

He commended the efforts of the chief executives and presiding members in the 20 MMDAs who are working assiduously to bring accelerated development to the region.

He said the street naming and property addressing exercise was being pursed vigorously by the various MMDAs and was hopeful that they would meet the President's 18 months deadline.