I Want To Be A Practical General Secretary—Kwabena Agyepong

By Office Of Kwabena Agyepong For NPP Gen. Secretary 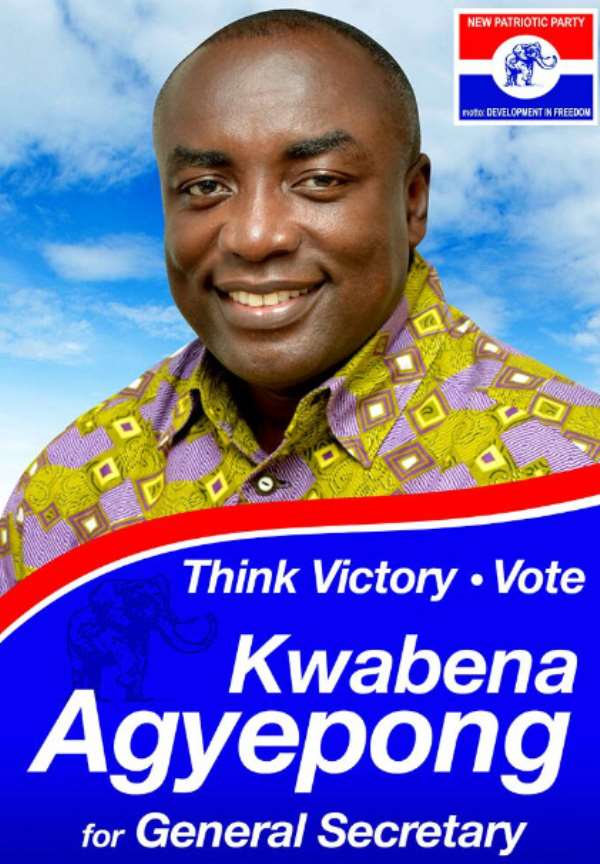 A leading aspirant for the General Secretary position of the New Patriotic Party has assured delegates and party faithfuls of his preparedness to work closely with them.

Speaking to Party delegates on the first day of his tour to the Central Region, Kwabena Agyepong bemoan the situation where activities of the party were centralized in the Party Headquarters in Accra. He believed the time has come for the constituency officers to be equipped in order to deliver the votes come 2016. He assured party faithfuls of his desire to be a practical General Secretary.

"I say this in all humility, I am equipped to provide that sort of leadership that will restore the party as a genuinely united force and make it possible for us to go back to our roots and ensure the party machinery at the grass-root level is resourced and well-oiled to prosecute an effective campaign to recapture power in 2016 and this can be achieved with a much more pragmatic and practical General Secretary, and this I promise. I want to be a Practical General Secretary" Kwabena affirmed.

He seized the opportunity to congratulate the party for a peaceful delegate's congress that elected regional officers and urged winners to be magnanimous in their victory by working closely with those they defeated as it is only through genuine unity that the Party will be battle-ready for victory in 2016.

His tour took him to the Awutu Senya East, Gomoa East, Awutu Senya West, Gomoa West Efutu and the Gomoa Central constituencies. Kwabena Agyepong is on a nationwide visit to meet-up with party delegates and faithfuls in all constituencies and reassure them of his message, "Together we can rise again" 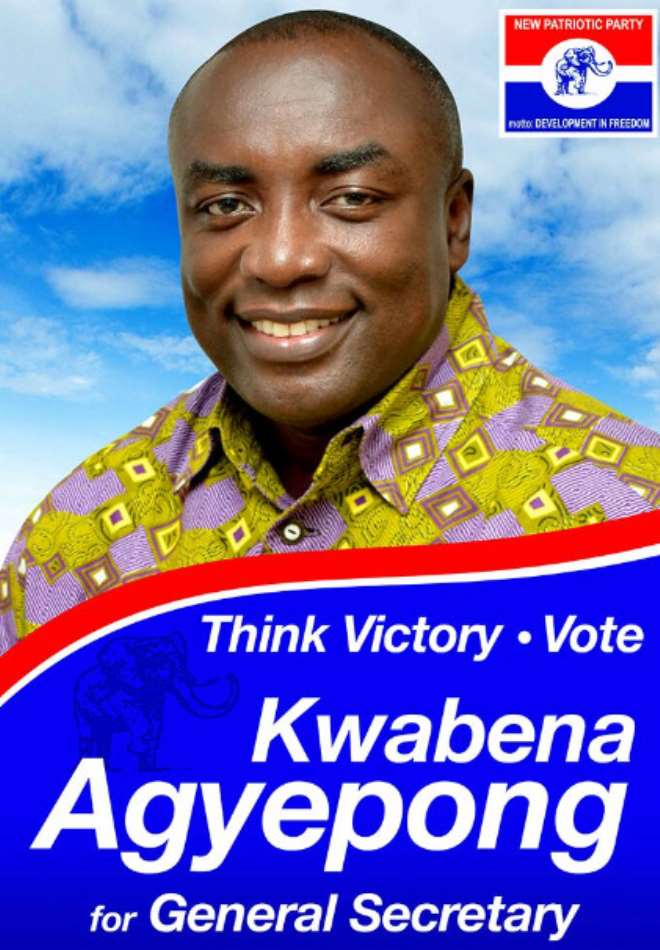