Cardiovascular Diseases Threaten To Reverse Gains Made In Treating HIV 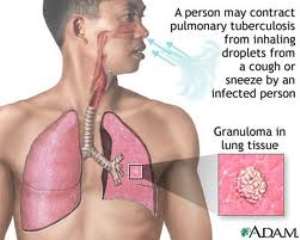 Although historic scale-up of antiretroviral therapy (ART) is keeping people living with HIV (PLHIV) alive, 1 in 10 of them succumb to cardiovascular diseases (CVDs). “The good news is that survival of PLHIV has improved, but CVD is increasingly becoming one of the important causes of morbidity and mortality” said Dr K Naik of Lokmanya Tilak Municipal Medical College (LTMMC), Mumbai. Dr Naik was speaking at the 6th National Conference of AIDS Society of India (ASICON 2013).

Dr Dilip Mathai, a stalwart physician, who is also the Vice President of AIDS Society of India and was earlier with Christian Medical College (CMC) Vellore, said to Citizen News Service (CNS) that data of Dr Naik is alarming as mean age of PLHIV was 38.3 and 35.7% of them were showing cardiac involvement. Dr Mathai advised that perhaps it will make more sense for healthcare providers to look for cardiac involvement in younger PLHIV as well.

Dr Hiten Thaker from UK said that there are modifiable and non-modifiable risk factors for CVDs among PLHIVs (most of which remain same for HIV negative people too). Studies show that PLHIV have higher burden of modifiable CVD risk factors. Higher rates of diabetes, hypertension, tobacco use, dyslipidaemia or abnormal lipids, among PLHIV, further increase the risk of CVDs.

In another study (DAD) which was a collection of 11 prospective cohorts from Europe, Australia and the USA with 30,000 participants, it was found antiretroviral (ARV) drug Abacavir increased myocardial infarction (MI) risk by 94% and Dideoxyinosine (ddl) drug increased the MI risk by 53%. Dr Thaker cautioned that drug choices may influence impact and CVD risk.

A 'bad cholesterol' called LDL levels are higher in PLHIV on ART which ups their risk to hypertension, CVDs, among others. Some studies show there is at least 20% more CHD risk for PLHIV due to high LDL (intermediate risk is 10-19%). Also it is very important for PLHIV to keep their viral load low as it results in lesser inflammation in body.

Dr BB Rewari from National AIDS Control Organization (NACO) had presented a study earlier at 11th ICAAP documented by Citizen News Service (CNS). Dr Rewari had said that “cardiac abnormalities are directly responsible for deaths in 11% children living with HIV.” In a study 100 children living with HIV (below the age of 18 years) with no pre-existing congenital or acquired heart disease were enrolled. ECG and other CVD related tests were done. 4% were found to have palpitation, 1 patient had a breathing difficulty, 2% had grade-II systolic murmur, 1% had muffled heart sound and 3% had cardiomegaly (among which 1 child had pericardial effusion and 2 had dilated cardiomyopathy), said Dr Rewari.

Echocardiographic abnormalities were found in 50% children living with HIV and 37% had left-ventricular dysfunction. “There is increasing incidence of cardiac involvement in children after initiating ART but is less documented” said Dr Rewari. In another study done on adult PLHIV in India, 20-22% had diluted cardiomyopathy and pericardial effusion.

Expanding access to antiretroviral therapy (ART) and HIV care services have helped people living with HIV (PLHIV) to lead a better quality of life but closing our eyes to other non-HIV healthcare needs such as CVDs will reverse health benefits. (CNS).