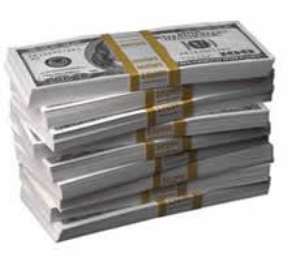 Foreign Direct Investment (FDI) flows into Ghana for the first half of this year declined to $1.5 billion from $1.6 billion at the end of the second quarter of 2012.

According to a report released by the United Nations Conference on Trade and Development (UNCTAD), the decline in FDI flows into Ghana between the first half of 2012 and 2013 was 11.5 percent.

The agency said though FDI flows to Ghana were slightly lower than the figures last year, the outlook was positive.

This is underpinned by the fact that Indian manufacturer, Mahindra is planning to set up a vehicle assembling plant in partnership with a local Ghanaian firm and this raises hopes for diversification of investments from the oil and mining sectors.

UNCTAD also said FDI flows into Africa decreased by five percent in the first half of 2013 compared to the same period in 2012 despite two of the continent's five sub-regions, North Africa and Southern Africa recording positive growth rates.

It said developing and transition economies absorbed more than 60 percent of global FDI inflows, a record share in the first half of 2013.

The report said in Sub-Saharan Africa, Nigeria attracted inflows of $2.6 billion in the first six months of the year – less than half last year's record $7 billion.

UNCTAD however expects Nigeria's inflows to rise sharply on the back of recent efforts to attract industrial and manufacturing investments and its market growth prospects.

It said global FDI inflows was estimated at US$745 billion in the first half of 2013, which is four percent higher than the same period in 2012, with a diverging trend between developing and transition economies and developed countries.

FDI flows to developed countries declined. However, the decline was more than offset by a rise in flows to developing and transition economies, which accounted for more than 60 percent of global FDI flows, a record share.

In developing and transition economies, it said the increase was driven by acquisitions in Central America and the Caribbean, as well as record inflows into the Russian Federation.

UNCTAD attributed the fall in FDI in developed countries to decline in the major host countries including the United States, France and German.

It said the United Kingdom received the largest FDI during the period.

UNCTAD estimates that 2013 FDI flows will remain close to the 2012 level, despite some improvements in macroeconomic conditions in developed economies.