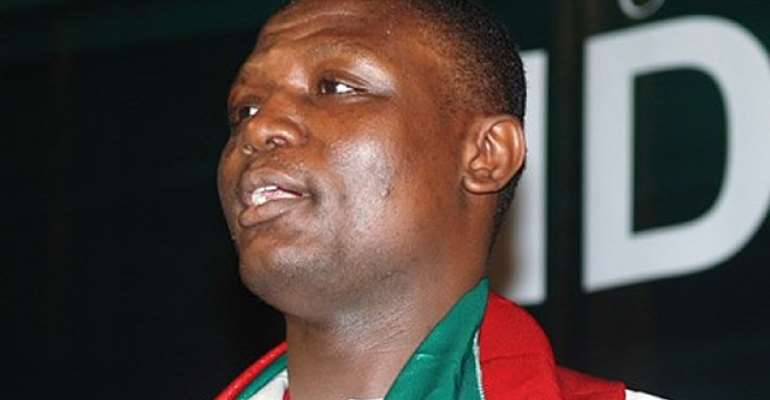 The National Democratic Congress (NDC) has noted with disquiet, a statement issued by the Progressive People Party (PPP) in which they cast aspersions on the President for fellowshipping with some churches.

In a statement, the NDC described the tone and tenure of the PPP statement as throwing a certain disdain for religious worship.

This, the NDC said, flew in the face of long-standing efforts to promote religious tolerance as a pre-requisite for peaceful co-existence.

The NDC statement signed by the Deputy General Secretary, Mr Kofi Adams,  said, 'As a committed Christian and a key advocate for religious tolerance, President Mahama values regular fellowship with people of all religious persuasions.'

According to the statement, the NDC viewed that rather, such exemplary conduct deserved commendation and not attacks on him by the PPP.

'We are also bewildered to read the PPP claim that by spending a few hours in the presence of God, President Mahama has wasted precious working hours, which would  impede the performance of his functions. This claim is not only pedestrian; it is entirely bereft of logic. Worse still it shows gross disrespect for the tens of thousands of Ghanaians who regularly attend church to give God his due,' the statement added.

The NDC statement also pointed out that the PPP alleged that President Mahama had attended those church services,  as a way of diverting attention from the government's inability to fulfil its promises to the people such as the one on building 200 community day senior high schools.

'Beyond vile propaganda, it is unclear what could motivate such a ridiculous outburst', the NDC statement pointed out, and argued that, in case the PPP was unaware, 'President Mahama is on course to deliver on his promise of building 200 community day senior high schools. Preparatory works have been completed and by the end of this year, President Mahama will cut the sod for commencement of work on the first 50 schools.'

On corruption as raised in the PPP's statement, the NDC pointed out that contrary to attempts to show otherwise, 'we note with satisfaction, the efforts made by President Mahama so far to deal with corruption such as; the appointment of a sole commissioner to look into the issue of judgement debt; the launch of a code of conduct for appointees and other public officials which details the dos and don'ts of public office in order to avoid corruption; and the approval by cabinet of the conduct of public officers bill which will, apart from helping prevent, detect, punish and eradicate corruption also.

It also said investigation had been conducted into allegations of corruption and malfeasance at GYEEDA and, a report and action paper which detailed specific action taken on the matter had been released.

'We note that subsequent to the release of the report and action paper as well as the President's directive to the Police CID, EOCO and the Attorney-General's office on the matter, these bodies have begun the processes of bringing to book all persons alleged to be culpable. This is a bold step and a complete departure from the past when corruption was hidden from the public and carried out with the tacit endorsement of the highest echelons of government,' the statement concluded.