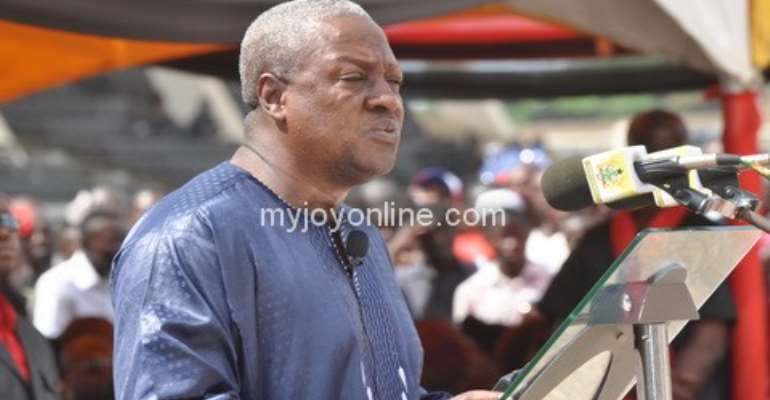 President John Mahama recent cut the sod for the construction of a fish processing factory at Elmina, but the Chief of the town, Nana Conduah VI has ordered that the project be stopped for proper consultation.

He charged that the Municipal Chief Executive of the area, Isaac Kweku Sam did not consult the chiefs and went ahead and demolished structures, including the town's shrine at the project location.

“When we asked him he said he was using political power so what we said was immaterial – now he has destroyed our shrine and I am unable to sleep because the god's are on me,” the chief said.

He accused the MCE of showing gross disrespect for the chiefs and for president because he rubbished the chiefs in an attempt to please the, but he had ended up embarrassing the president who commissioned the project without proper consultation.

Nana Conduah noted that no chief could refuse a development project, and he was happy that the fish factory had come to Elmina because it makes him look good as a chief. But that was no license for the MCE to rubbish everybody and use what he called political power to do things arbitrarily.

Meanwhile, residents of the area where the factory is being constructed are also complaining that since the mounted the first wall, rain water had started flowing into their rooms because the wall had blocked the water way.

The fishermen, who are supposed to benefit from the project also said they support the chief because their structures were demolished arbitrarily and now water is flowing into their rooms.

When Adom News reached the MCE, Isaac Kweku Sam, he apologized to the chief for the misunderstanding and promised to go meet him and his elders so they could iron out the issues for the project to get on.

He also promised to go see the challenges facing the community due to the wall constructed on the project site, adding that he would speak with his engineering team to find a solution to the problem.