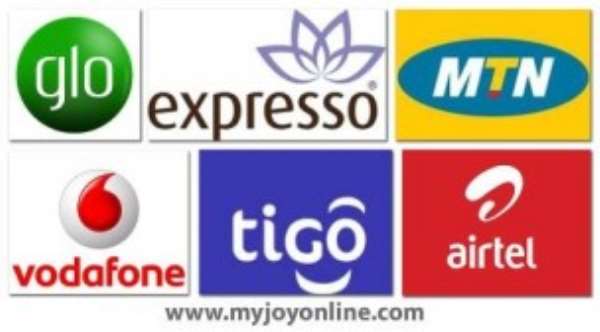 In presenting their report of the Study and Overview of Telecommunications taxes within the sub-region, the experts and regulators, who were put together as consultants, analysed the  taxes and charges on telecommunication services in nine of the 15 ECOWAS member states, namely Benin, CÃ´te d'Ivoire, Ghana, Guinea, Niger, Nigeria, Senegal, Sierra Leone and Togo.

The findings of the consultants were the outcome of the Regional Validation Workshop of the Report of the Study on the Impact of Termination Taxes on Incoming International Calls within the ECOWAS Region organised by the ECOWAS Commission last week in Abidjan, Cote d'Ivoire.

The workshop was also attended by representatives of the International Telecommunication Union (ITU), the African Development Bank (AfDB) and the consultants, Ernst & Young, as well as telecommunica-tions/ICT operators and service providers within the ECOWAS region.

On account of the positions and specificity of each member state, the 11th Meeting decided to put forward to the ECOWAS commission a recommendation to conduct a study on the Impact of the charge within the community.

On the overview of the application of taxes within the ECOWAS region, and best practices in countries outside the ECOWAS region and the elimination of surtax on inbound international traffic (SIIT), the report admitted that the types of taxes and rates applied in the ECOWAS member states vary from one country to another.

The consultants noted that SIIT was not applied in only the ECOWAS region and that rates applied were similar to those applied in other regions.

They were of the view that the revenue generated from SIIT should only be utilised for the development of the telecommunications/ICT sector.

Participants' views
Commenting on the Report of the Study, the participants noted that the Surtax on Inbound International Traffic (SIIT) was a good option for national economy and contrary to the findings of the study, the application of SIIT had not prevented any rise in the volume of traffic and turnover.

Rather, it exposed the telecommunication service providers who have been resisting regulatory instructions.

The report noted that Ghana and the Cape Verde had the lowest tax levels in the sub-region and that Ghana did not impose VAT on international inbound traffic.

It also acknowledged the sovereignty of member Countries to impose taxes to generate substantial revenue for their socio-economic development, and which is not in contradiction to the International Telecommu-nications Regulations (ITRs) of the ITU.

The participants expressed their doubt on the benefit of removing SIIT and also their dissatisfaction that the Study did not identify the reasons why some states introduced this tax, noting that it may be better to reduce taxes and not remove them. The study should have taken into consideration the issue of fraud within the Community.

Recommendations
Recommendations were that corrections be made, particularly with reference to the statistics given in the report.

Member states were to provide information to strengthen the impact of termination taxes (volume of intra-community traffic, revenue generated, among other things), and also to establish an Inter-Governmental working group to continue deliberations on termination taxes on inbound international traffic and its impact on the development of telecommunication/ICT infrastructure and services.

The terms of reference and mechanism for financing this group would be clearly defined and adopted during the Conference of Ministers of Telecommunications/ICT in Banjul, The Gambia.