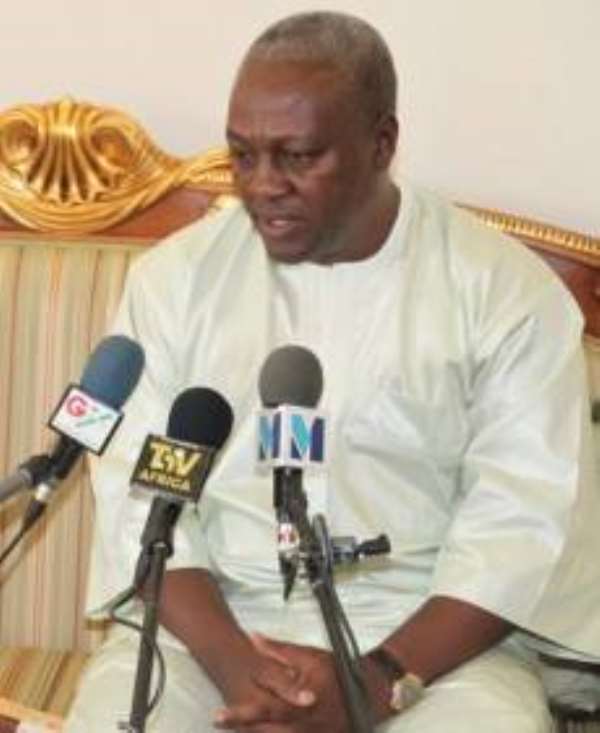 He mentioned Egypt, Libya and Tunisia as the most hit countries and expressed the hope that interventions by other countries could help solve the problem.

President Mahama traced relations between Ghana and Kuwait back to 1975 and said Kuwait was instrumental in the construction of the Kpong hydro-electric dam by providing funds for it.

He said Kuwait also supported Ghana in health and in agriculture and that the government would further strengthen relations with it in oil and gas as Kuwait is a major oil producer and has a lot of experience.

On the Democratic People's Republic of Korea, President Mahama said the two countries had enjoyed fruitful relations since 1984 and gave the assurance that they would extend co-operation manufacturing.

He said Korea was becoming an industrial giant and Ghana would continue to link up with it to achieve middle income status.

President Mahama expressed satisfaction with relations between Ghana and Philippines as they shared common democratic values and belonged to the Non-Aligned Movement, saying there was the need to strengthen cooperation in the coming years.

On Gabon, President Mahama said they belonged to the African Union, are maritime countries and would expand their cooperation for their mutual benefit.

He said Ghana, new in the oil and gas industry, would learn from countries that had experience in oil production and benefit from better practices in the sector.

Mr Alex Lamadrid, Philipine Ambassador to Ghana pledged to cooperate with Ghana to harness the potentials of the two countries.

Mr Al-Jassim, Kuwait Ambassador, said Ghana had distinguished itself in many sectors and Kuwait would be proud to work with the country.

Mr Minseme, the Gabonese Ambassador, said his President would be paying an official visit to Ghana soon.

Mr Trudy Kernighan, the Canadian High Commissioner, was also at the Flagstaff House to bid the President farewell after her duty tour.