Climbing one of the worlds wonders of nature - Table Mountain 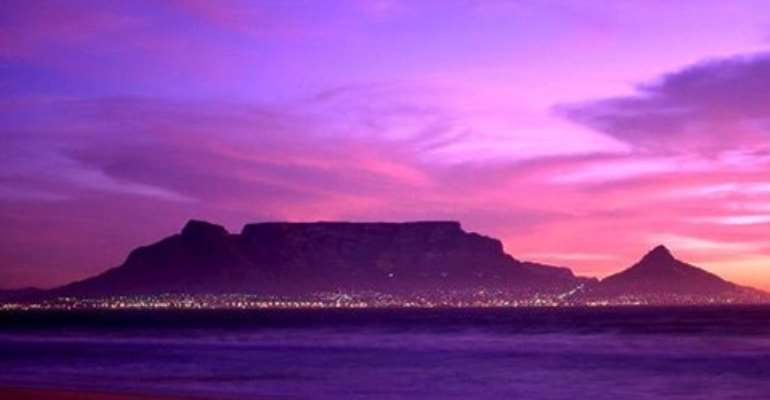 Described as one of the most epic views in Africa, it's no wonder that Table Mountain was officially named as one of the new seven wonders of nature in the world in 2012.

Table mountain is a flat-topped mountain forming a prominent landmark overlooking the city of Cape Town in South Africa and is a very popular tourist attraction.

Tourists have the option of taking the Table mountain cableway which takes approximately five minutes to take visitors to the top where there are magnificent views of the Cape Town city centre, surrounding suburbs and the Atlantic Ocean with landmarks in view such as the Cape Town Stadium, the picturesque Camps bay beach and the infamous Robben Island.

There is also the option of hiking up the Iconic mountain which has been known to take up to three hours – this of course being dependant on one's fitness level.

The flat top of the mountain is often covered by orographic clouds making it a fantastic sight to witness, formed when a south-easterly wind is directed up the mountain's slopes into colder air, where the moisture condenses to form the so-called "table cloth" of cloud.

Legend attributes this phenomenon to a smoking contest between the devil and a local pirate called Van Hunks, when the table cloth is seen, it symbolizes the contest.

Table Mountain is popular amongst locals and tourists and must be on the to do list for all as it offers so much fun, culture and history.