We can't afford to fail as a nation - Sam Okudzeto 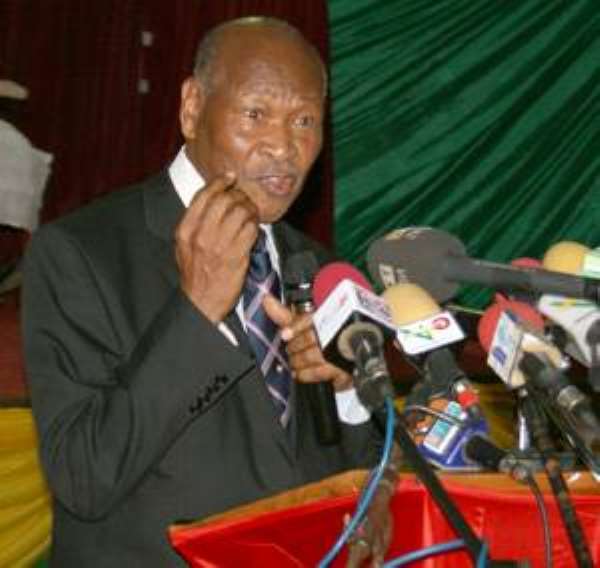 Legal practitioner, Mr Sam Okudzeto, has said Ghana cannot afford to fail as a nation, which requires all and sundry to appreciate and tolerate one another.


He said as a nation, we made serious errors in the past because of political intolerance and there was the need for the younger generation to be taught well on the history of the nation.

Mr Okudzeto made the observation at a peace forum organized by the William Ofori-Atta Heritage in collaboration with the Christian Council of Ghana, the Office of the National Chief Imam and the Multimedia Communication.

The forum, which was on the theme: 'One nation, one people, one destiny: Sustaining Ghana's Democracy,' sought to sensitize Ghanaians on the need to accept the verdict of the Supreme Court on August 29 and to maintain the peace and stability of the nation.

Mr Okudzeto said when we tried to hide history; we won't see danger when it was coming our way.

'Democracy is not about winner takes all; Ghana is bigger than any one of us. What is the meaning of all this greed and avarices which we have allowed to torment and destroy us; in the end, it is a matter of choice we have to make; it is either heaven or hell,' the legal luminary said.

He urged Ghanaians to disagree by all means, but learn to disagree agreeably, for no one was born with a party blood.

'We have only one country, which is too small to be divided, let's learn to tolerate each other, most countries are multilingual and this diversity enriches us,' he said.

Mr Okudzeto referred to the late William Ofori-Atta as a man who helped unite people for the national interest.

He said the nation was polarized and Ghanaians could not deny that. This, he noted, was largely because of politics; adding that national unity should be the aim of all.

Mr Okudzeto described as a mockery of democracy the appointment of people as Ministers who had never worked under people before.

He said the Supreme Court was likely on August 29, to come out with a unanimous verdict or 8:1 or 7:2 or 6:3; therefore in the event of any of these; if the looser is to go for a review, only two justices would be added to the nine and it was unlikely that the decision would be overturned.

He urged Ghanaians to hold accountable both President John Dramani Mahama and Nana Addo Dankwa Akufo-Addo, who have both promised to accept the verdict of the Supreme Court.