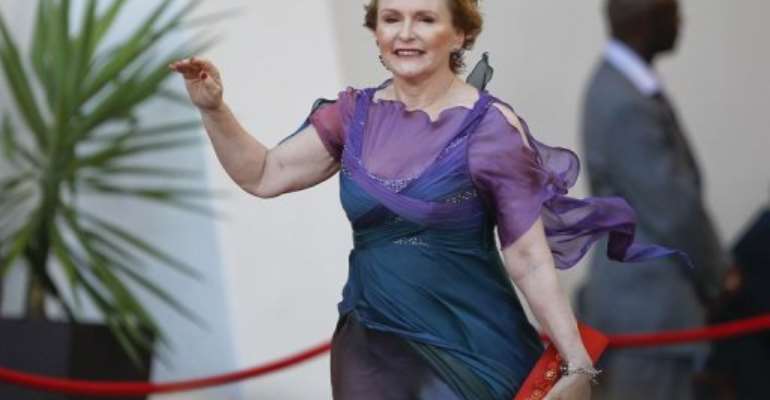 JOHANNESBURG (AFP) - South African opposition leader Helen Zille said she has been bitten by a rat outside her home in Cape Town.

"The weirdest thing just happened. I went to fetch the newspapers at the gate when a rat darted out, and bit me on my toe!" the head of the Democratic Alliance, the main opposition group, said on Twitter.

She posted a photograph of her bloody toe after Tuesday's incident.

When a reader asked why she did not blame the ruling African National Congress for the incident, she replied: "Damn, why didn't I think of that!!"

But she lost her sense of humour when someone asked if the rat was black or white, in a country where race remains a delicate issue nearly 19 years after the end of apartheid.

"Only in SA!! Just a matter of time b4 someone brought race into it," she wrote.