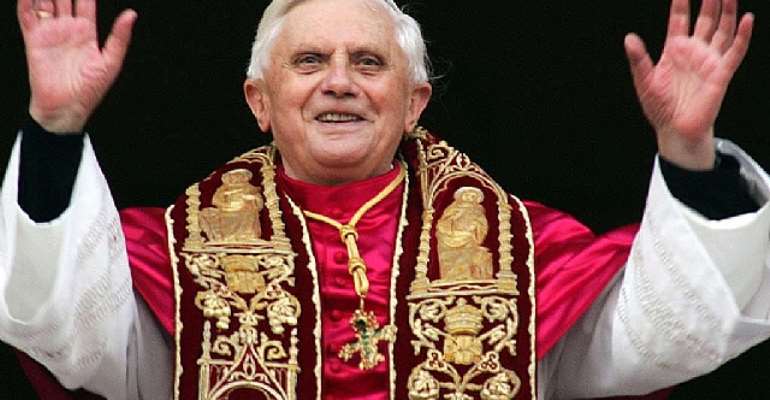 On his final day as Pope, Benedict XVI bid an emotional farewell to his cardinals at the Vatican saying that he would “continue to be close” to them after resignation.

Expressing a hope that the Church would work like an orchestra where different elements come together to create the harmony, Pope also vowed "unconditional reverence and obedience" to his successor.

Beginning a quiet final day as leader of the world's 1.2 billion Catholics, Pope is meeting many cardinals and staff before he flies to papal retreat at Castel Gandolfo.

No major speech was planned during Thursday's farewell to his closest advisers. Cardinal Angelo Sodano, the dean of the cardinals, thanked Benedict for his service.

Around 5 pm, Benedict will leave the palace for the last time as pontiff, head to the helicopter pad on the hill in the Vatican gardens and fly to the papal retreat at Castel Gandolfo.

There, at 8 pm sharp, Benedict becomes the first pontiff in 600 years to resign. The doors of the palazzo will shut and the Swiss Guards in attendance will go off duty.

After eight years of papacy at Vatican replete with both joyous and difficult moments, Pope Benedict XVI is to resign today.

Benedict, who is the first pope to resign in 600 years, will be known as 'pope emeritus' after stepping down.