MP for Komenda to undertake interim repairs of Elmina bridge 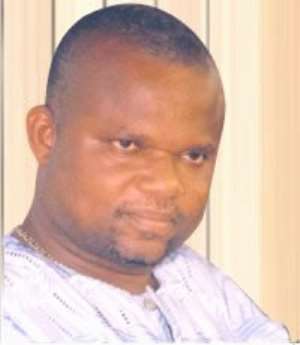 Nana Ato Arthur Elmina, Feb.19, GNA - The residents of Elmina and its surroundings are living in fear as a result of the dilapidated state of the bridge on the Benya Lagoon that links the town to the Elmina castle, the fish market and other adjoining communities.

The bridge which was built some two decades ago but had not seen any  major rehabilitation works, is in a very deplorable condition as the metal beams and iron slabs supporting it have become rusted, with one side broken and hanging loosely, a fact that an impending disaster was looming.

Pedestrians, motorists and passengers are all at risk as they use the bridge daily.

The residents and traders on Monday expressed their concerns to the Member of Parliament (MP) for the Komenda-Edina-Eguafo-Abrem (KEEA), Dr. Nana Ato Arthur when he inspected the bridge to find out about its state.

He expressed dismay at the level of deterioration and pledged to use part of his share of the MPs' common fund to carry out  interim maintenance works by patching the plates on the floor and other parts of the bridge that needed immediate attention until the Government  came in to rehabilitate it.

The residents told the MP that a fisherman was buried last weekend after he died from injuries he sustained when one of his feet slipped into a broken part of the floor of the bridge.

Last week Wednesday a group of fishermen escaped death narrowly when part of the walkway collapsed and nearly hit them when they paddled past the bridge to dock at the fish market with their catch.

As part of measures to prevent any calamity from befalling the town, Dr. Ato Arthur said he was in consultation with the KEEA Municipal Assembly to ban heavy duty trucks from using the bridge in the mean time, whilst fisherfolks and townsmen who hanged around it had also been advised to stop the practice henceforth.

Dr. Ato Arthur also visited the Elmina market where many of the market stalls and stores were either unoccupied or closed, to learn at first hand the problems of the market women and traders.

The spokesperson for the traders, Hajia Zina said in addition to inadequate facilities like security, lighting system and bad roads the situation where most market women sold at the beachside was stifling economic activity in the market.

She complained that many women had locked up their stores and were selling at the fish market area, adding that the situation was having adverse effects on those selling at the new market. She appealed to the Assembly to find a lasting solution to the matter.

Hajia Zina said the Assembly could generate a lot of revenue from the market if it put in place measures to get all market women to sell in the market with all the necessary facilities in place.

In response Dr. Arthur assured the traders of his support, saying that the Assembly should issue an ultimatum to the sellers to either open their shops or have them re-allocated.

Dr. Arthur, on behalf of Mrs. Sarah Nyanney, a Ghanaian resident in Virginia in the United States, donated assorted hospital supplies to the Abrem Agona Health Centre to support quality healthcare delivery in the area.

The Municipal Director of Health Services, Mr. Kofi Mends Kwaning expressed gratitude to the MP and Mrs. Nyanney for their support and pledged that the supplies will be put to good use.