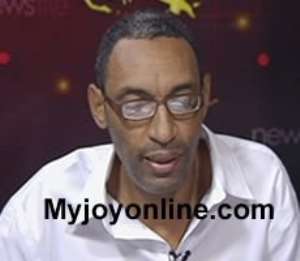 He intimated that the ruling party in recent years has proven to have the campaign machinery to effectively win an election but it has been abysmal when it comes to governance.

Sekou Nkrumah was commenting on government's inability to address the salary distortion of doctors following their migration onto the single spine salary structure.

The striking doctors are attending to emergency cases and in-patients but have threatened to withdraw all their services if government does not provide a lasting solution to their grievances.

This has brought about a lot of inconveniences, especially, to patients who are turned away by the various government health facilities when they go there for medical treatment.

On Asempa FM's Ekosii Sen programme Tuesday, Sekou Nkrumah said he is not surprised at government inability to solve the problem.

According to him, “the NDC's organizational ability is good but when it comes to governance, they are poor”.

Sekou Nkrumah said the problem is long overdue, arguing that government should be proactive in such instances.

According to him, he cannot fathom why President John Mahama has not intervened in such a sensitive matter which could lead to loss of lives.

The political maverick stated unequivocally that there is no justification for government's failure to address the issue especially when he said the doctors have been agitating for the past four years.

Sekou Nkrumah blamed government for the strike and urged them to expedite action for an amicable solution to the looming crisis.

On the contrary, the Managing Editor of the Al-Hajj newspaper, Alhaji Bature Iddrisu disagreed with Sekou Nkrumah.

He said the doctors' decision to go on strike is unreasonable and insensitive at a time the ruling government is barely three months in power.

The NDC sympathizer observed that the President is yet to put together his cabinet and thus for the doctors to go on strike is very unnecessary.

“Will the doctors have gone on strike if Nana Akufo-Addo had won the elections” he quizzed.

Alhaji Bature claimed the doctors are doing a great disservice to the country and called on them to rescind their decision.