Re: I Will Support A Coup If Akufo-Addo Is Declared President—Kakra Essamuah 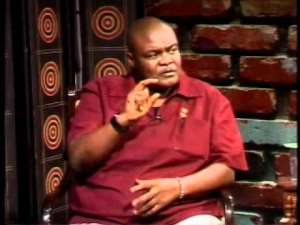 I must admit, the attitude of some Ghanaians, especially the NDC, insomuch as it is deplorable, leaves sour taste in the mouth. The bitterness becomes more severe when a lawyer, who by principle is required to always know better and aspire to live above reproach, puts up such an attitude.

Since one does not necessarily have to be a lawyer to know and understand the implications of the law, I will step in to tutor one Kakra Essamuah on an aspect of Ghana's constitution relating to the election of the President of the republic.

Kakra Essamuah, a lawyer by profession and a member of the National Democratic Congress (NDC) communication team has come out boldly to say, he will support any coup d'état in the country if Nana Akufo-Addo, under any circumstance is declared president by a court of competent jurisdiction, consequent upon his petition filed at the Supreme Court.

Every sane Ghanaian is aware that Nana Akuffo-Addo is challenging the election of John Dramani Mahama as the winner of the 2012 presidential election. The irregularities and apparent fraud that took place with or without the connivance of the Electoral Commissioner, Dr. Kwadwo Afari-Gyan, in favour of John Dramani Mahama, moved Nana Akuffo-Addo to file the petition that is pending at the Supreme Court.

Choosing on volition to mentor Kakra who though is a lawyer, however overwhelmingly negligently ignorant of the Electoral laws of the land, I will refer him to my article published on Ghanaweb on Friday 4th January 2013 captioned "Understanding the Relevance of winning the Presidency by majority Popular Votes without Regional Balance".

He will understand that in The Constitution of the Republic of Ghana 1992, under Chapter 8 Article 63 Clauses 2 & 3, Nana Akuffo-Addo can be declared the president of Ghana in contrast to the warped view he upholds. "According to him, no presidential candidate in Ghana's history has used just two regions to win an election therefore any attempt by the NPP to ensure the candidate emerge winner of Friday's elections will be resisted. “If anybody with two regions wants to be president of this country; I, from the Central region, will support a coup”

Under Clauses 2 & 3, it states:
(2) The election of the President shall be on the terms of universal adult suffrage and shall, subject to the provisions of this Constitution, be conducted in accordance with such regulations as may be prescribed by constitutional instrument by the Electoral Commission and shall be held so as to begin -

(a) where a President is in office, not earlier than four months nor later than one month before his term of office expires; and

(b) in any other case, within three months after the office of President becomes vacant; and shall be held at such place and shall begin on such date as the Electoral Commission shall, by constitutional instrument, specify.

(3) A person shall not be elected as President of Ghana unless at the presidential election the number of votes cast in his favour is more than fifty per cent of the total number of valid votes cast at the election.

(3) Where at the close of nominations under clause (2) of this article only one candidate stands nominated, there shall be no election and that candidate shall be declared elected.

The Constitutional Instrument (CI78) used for the conduction of 2012 presidential election stated in black and white and trumpeted over the mountains and in the valleys, that any presidential contestant winning 50% + 1 vote at the election emerges the overall winner. This calculation is based on universal adult suffrage, where the Electoral Commission by Constitutional Instrument (CI 78), stated that any Ghanaian of 18 years and above, and is of sound mind, can exercise a voting right.

A little definition will help convey the message to the better understanding of many a Ghanaian. The concept of Universal suffrage is that all people should have the right to vote, with Suffrage meaning the right to vote and Universal meaning everyone.

The CI 78 never stated that a presidential candidate should win a certain number of regions before he or she can be declared the president of the Republic of Ghana as erroneously upheld by lawyer Kakra Essamuah and his bunch of equally minded ignorant NDC fellows. He should rather know better. It stated among other things that winning 50% + 1 vote of the overall total popular votes cast.

As I do not suffer fools kindly, I refer Kakra to my article published on Ghanaweb as mentioned above for details to see how stupidly he has portrayed himself in the eyes of discerning Ghanaians. No wonder, the NDC lawyers always lose cases when they take the NPP on in court.

The fact that Kakra may not be a Constitutional lawyer does not mean he should have difficulties understanding when the Electoral Commissioner states a presidential candidate must win 50% + 1 vote at election to emerge the winner or the president.

It is just as stated but nothing else. Where then is the difficulty that compels him to come out with that absurd parochial-minded sophistry? Therefore, the view as expressed or held by lawyer Kakra Essamuah is as preposterous as he is criminally treacherous. No wonder NDC abounds in Little Minds not worthy engaging in political, academic or any earnest and intelligent discourse.

Should I reply whoever Kakra Essamuah is, I will say, a coup d'état is even long overdue to kick his arse and that of his like-minded NDC for being ignorant, incompetent, lawless and obnoxiously corrupt. They are just a bunch of nation wreckers, so to speak.

NPP, please stay RESOLUTE, the only requirement able to wrestle power from the NDC rogues and thieves. Do not be distracted by their diversionary tactics to put you off course. They are themselves putting up Alan Kyeremateng's posters as alleged to divert your focus from the court case. I believe on the life of John Mahama that the election was rigged for him. He is riding on a stolen horse with the owner close on his heels.

The author has 1892 publications published on Modern Ghana.