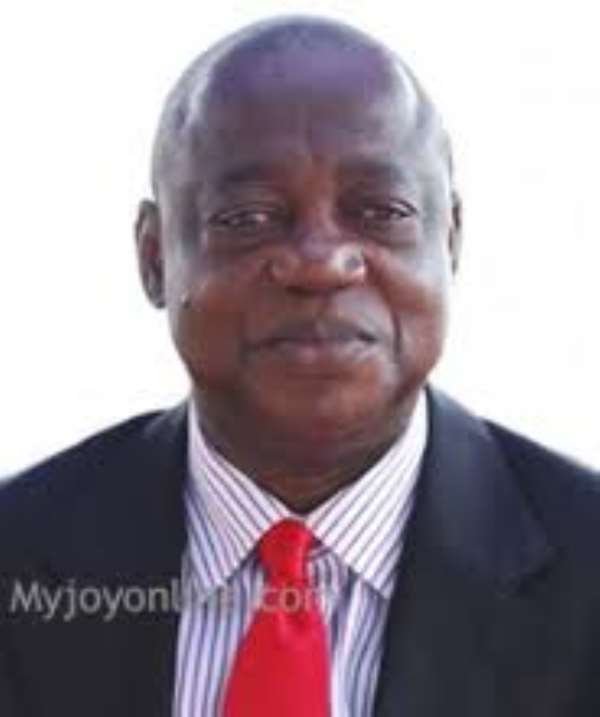 By Ivy Benson
A contempt of court application brought against the Chairman of the Electoral Commission (EC), Dr. Kwadwo Afari Gyan and his six deputy Commissioners has been withdrawn, following a recent development that had taken place in Parliament, in respect to the creation of new Constituencies in the country.

The Fast Track Court (FTC), presided over by Justice Edward Amoako Asante, yesterday struck out the application after counsel for the applicants, Mr. Ayikoi Otoo, announced the withdrawal of the application against the seven respondents.

According to Mr. Ayikoi Otoo, the Constitutional Instrument (C.I) laid in Parliament by the EC, which formed the basis for the action against the respondents had been withdrawn and for that matter renders the present application useless.

The applicants, Richard Odum Bortier and Daniel Quaye, both residents of Accra, instituted the action against the respondents for going ahead with processes before the law-making body towards to creation of some forty-five new constituencies through out the country despite the pendency of a suit against the exercise.

The applicants had contended that the respondents knew of the pendency of a suit dated May 28, 2012 against the creation of the new constituencies of which a restraining order is being sought to prevent the EC from advancing its intentions.

The applicants had advocated imprisonment of the EC Chairman and the six Deputy Commissioners since their actions were intended to obstruct the work of the Court.

The applicants asserted that the conduct of the Chairman of the EC and the six others cited in the application by causing the laying of the Constitutional Instrument No.76 of 2012 in Parliament on 17th July 2012 after more than nearly 3 months after the original Writ had been pending before the court is contemptuous.

It is the contention of the applicants that the actions of the respondents in pushing the Constitutional Instrument mean for the creation of the new Constituencies in the country is likely to prejudice fair hearing of the case or interfere with the due administration of justice and therefore amount to contempt of the court.

With a conditional appearance entered on behalf of the EC by its Solicitors, Lynes Quashie-Idun & Co, when the original suit was served on the defendant, indicates that the EC was ready to submit itself to the jurisdiction of the court thereby making the respondents in the case having full knowledge of the pendency of the original suit.

The applicants were of the view that the EC, of which the seven respondents are Chairman and deputy Commissioners respectively had legitimized the legal process brought against the Commission, when it went ahead and filed a Motion requesting the court to stay proceedings and refer the Suit to the Supreme Court.

Applicants noted that when they had knowledge of the EC Chairman's intention to go ahead with the demarcation of new constituencies fully aware that the exercise would affect the subject-matter of litigation, their Lawyer warned all the Commissioners of the EC through a letter reminding them of the consequences their conduct was likely to cause.

Applicants noted that since then, nothing was heard from the EC until about July 17, this year, when it 'appeared on the Order Paper in Parliament that, a Constitutional Instrument (C.I.) dealing with the creation of new constituencies entitled 'Representation of People (Parliamentary Constituencies) Instrument 2012'.