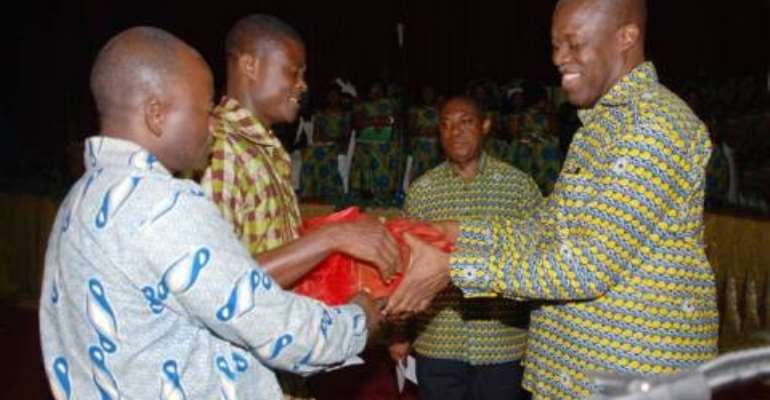 According to Lawyer Kwame Akuffo, his suggestion emanates from the fact that, Mr. Amissah-Arthur has not gone through any election processes hence his temperament and other characters are not known to the public.

He therefore says Parliament in approving the Governor of Bank of Ghana to become Vice President, should take him through vetting, where his pauses could be properly tested.

Citing the situation that brought His Excellency John Mahama into power as President, Lawyer Kwame Akuffo maintained that, if Mr. Amissah-Arthur was to act in President Mahama's stead whether dead, incapacitated or resigned, it will be difficult for the entire nation to tell his character.

The newly named vice president, Amissah-Arthur, an Economist was appointed by the late President Mills as Governor of the Central Bank on October 1, 2009 to replace Dr. Paul Acquah who served eight years as Governor.

Mr. Amissah Arthur also worked as PNDC Deputy Secretary for the Ministry of Finance and Economic Planning and continued to work in the same capacity during the first term of the Rawlings-led NDC Government.

He was among the team of technocrats who managed Ghana's structural adjustment programme since 1980 that helped in reviving the collapsing Ghanaian economy.

Mr. Amissah-Arthur, prior to his appointment as Governor of Ghana's Central Bank worked as a private consultant.