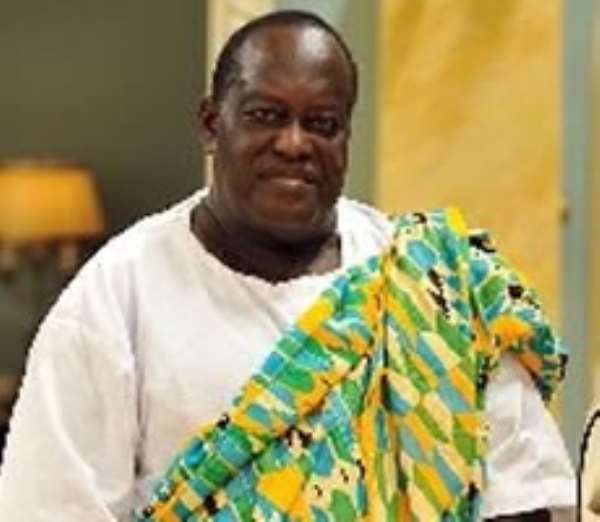 The Ghana Methodist Church in Ottawa-Canada has paid a glowing tribute to the late Ghanaian High Commissioner to the country Dr. Richard Turkson for his unflinching support that saw the establishment of the church.

The late High Commissioner to Canada was remembered in a special church service to mark the church's First Anniversary celebration in Ottawa on May 27, 2012. A minute silence was observed in his honour.

Remembering Dr. Richard Turkson, a leader of the church Nana Nuamah Nuamah-Mensah described him as a devoted Methodist who also supported their society in a number of ways.

Dr. Richard Turkson was billed to be the keynote speaker at the inauguration ceremony of the Church last year and also accepted the offer to share the word of God with members of the church as a guest preacher in one of its services.

But sadly, the Wednesday just before the Sunday that he was supposed to give his sermon which was under the theme “watchfulness”, Dr. Richard Turkson suddenly passed away, Nana Nuamah-Mensah said with a sad voice.

Nana Nuamah Nuamah-Mensah said that after the death of Dr. Richard Turkson, the leadership of Ghana Methodist Church in Ottawa, adopted his chosen theme, “WATCHFULNESS” as its motto, and slightly expanded on it, which is now, “Watch and Pray”.

It could be recalled that the late Ghanaian High Commissioner to Canada, Dr. Richard Turkson died from unknown cause three days after President John Evans Atta Mills had visited Canada and left to the United States of America.

He served in the mission for two years.