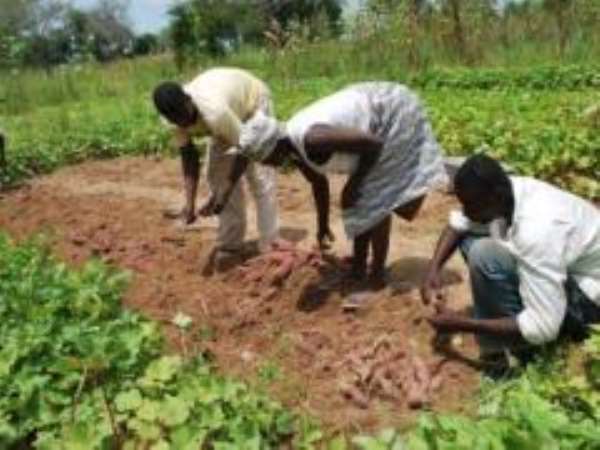 The Alliance for a Green Revolution in Africa (AGRA) has been given a key role in the G8's next phase of a shared commitment to achieve global food security.

The Scaling Seeds and Other Technologies Partnership, which is part of the new initiative focused on increasing agricultural food production in Africa, will be housed at AGRA and will focus on strengthening Africa's seed sector.

”The approach being put forward by the G8 is modeled on some of AGRA's on-going work on behalf of Africa's smallholder farmers and we are pleased to play a major role in this global initiative.”

The Partnership will strengthen the seed sector and promote the commercialization, distribution and adoption of key technologies improved seed varieties, and other technologies to meet concrete targets in partner countries.

AGRA has been working since its creation five years ago through many partners to create breadbaskets in Africa through support to millions of smallholder farmers.

“AGRA is working with its main partners to create breadbaskets in Africa through support to smallholder farmers,” said Jane Karuku, AGRA President. “We are now seeing smallholder farmers prospering due to bigger crop yields and entire communities benefiting from the growth of small agribusinesses.”

Particularly impressive are results in significantly boosting staple crop production. Through the support of AGRA and its partners, an additional 40,000 metric tons per annum of hybrid seed, representing one-third of the commercially produced seed in Africa, is now reaching smallholder farmers.

These seeds have been produced by 60 small, African-owned seed companies launched with capital and strengthened by AGRA - a 100 percent increase in the number of such companies. In terms of food production, this means an additional four million metric tons of staple crops per annum.

AGRA's experts believe that the tipping point to food security with respect to improved seeds is 500,000 metric tons per annum of high yielding, improved crop varieties.

AGRA has invested in training African scientists who will develop research capacity, and strengthen the capacity of seed companies both technically and in terms of management capability.

It has established MSc and PhD programs at 13 key African universities – more than 400 post- graduate students have been enrolled, a hundred of whom have graduated. This represents a quarter of the scientists known to be working in this field today.

AGRA's experts believe that 1,000 new scientists in this field are required to sustain the Green Revolution. To date, these and other AGRA-supported scientists have produced 342 new crop varieties – a 100 percent increase in available improved varieties.

AGRA has developed almost 15,000 agro-dealer businesses, which are an integral part of the value chain in sustaining a private sector-led, market oriented agriculture sector.

In partnership with African governments and their central banks, as well as domestic and international banks, AGRA has pioneered innovative, risk sharing, finance schemes that have already allowed millions of smallholder farmers in 6 countries to access nearly 1 billion dollars in credit from their own banking systems for the first time.

'Sack civil servants when gov't's are voted out' comment pre...
47 minutes ago