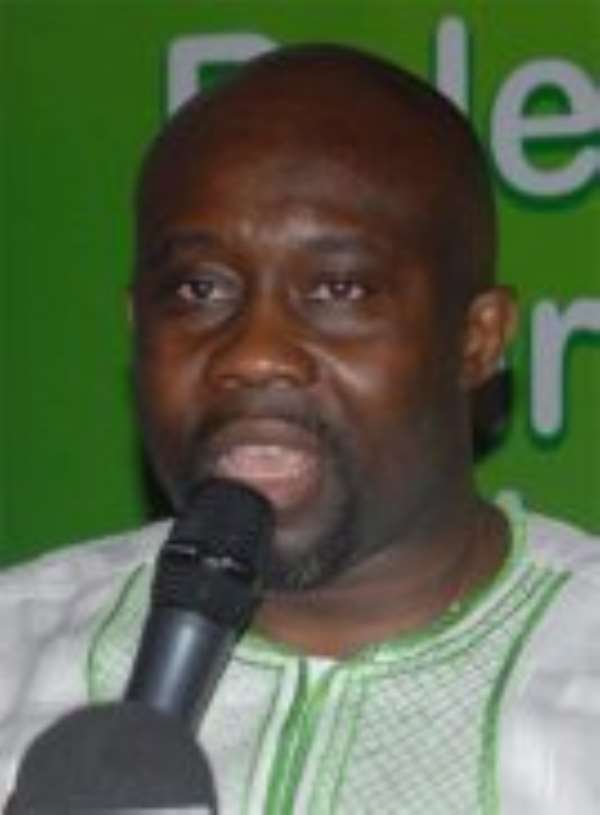 George Andah - Chief Operating Officer of Glo Theâ€ˆcommercial network operations of Glo Mobile, the sixth licensed telecommunications company in the country, have finally gone live on the 023 band, three years after the company was granted its operational licence.

As a result, subscribers wishing to enjoy the service can acquire the company’s subscriber identification module (SIM) cards across Glo customer outlets spread throughout the country.

Glo Mobile’s operations set another stage for an increased competition in the mobile telephony industry in the country and its presence is expected to further drive down call tariffs per minute as the operators fight to either maintain their subscribers or increase the numbers.

The launch of the Glo network comes days after the industry regulator, the National Communications Authority (NCA),â€ˆslapped a GH¢200,000 penalty fine on the company for what it described as delays in hitting the market with its commercial operations.

But at the heavily packaged media launch of the service in Accra, the Chief Operating Officer of Glo Mobile Ghana, Mr George Andah, took time to explain why the long wait and used a number of well-crafted commercials and the spread of state-of-the-art technology across the country to justify the company’s action.

“We are aware of the long wait but we can say that each day’s wait meant an addition to either technology or a commercial meant to give the customer a better feel of a revolutionised network,” he said.

Mr Andah said Glo had, since the last three years, been working to ensure that its resolve to provide the best quality service to enable it to beat the competition was on course.

He used the opportunity to pay glowing tribute to President John Evans Atta Mills for his role in ensuring that “the stumbling blocks in our way were all removed”.

He said the company prided itself in its reputation as one of the fastest growing mobile service providers in the world, adding, “Globacom Limited aims to be recognised as the biggest and best mobile network in Africa to send a strong signal to the world that Africans are cable of owning world-class companies that provide world-class services.”

Mr Andah mentioned the 3.5 G network infrastructure which would afford users of the network to enjoy faster Internet services, high quality voice calls and data services comparable to what obtained anywhere in the world.

He said even before its 10th anniversary, the company was last named as the eighth best brand on the continent, a feat it intended to leverage not only in name but by the delivery of services that would meet the aspirations of customers and clear doubts about the network.

He also made reference to the landing of the Glo One submarine fibre optic cables which was to provide greater clarity in data and voice service in every part of the country.

As per the licence granted the company, the first phase of the implementation of the conditions of the licence should see Glo launch in at least six regions of the country and two years after add two more regions as part of phase two and go nationwide with its service after a couple of years in the third phase.

However, Mr Andah said it had been the quest of the owners of Glo to hit the entire country with its services and noted that the affordability of the services and the quality would erase the doubts in the minds of those who joined the network.

The General Manager, Marketing and Strategy of the company, Mr Ashie Tosh, for his part, mentioned the various products and services the company had provided and noted that “these are meant to give the customers what they deserve when using a mobile network”.

For instance, he said, all subscribers would, in the first 00 days from the day of the launch, enjoy 20Gp free airtime as part of the company’s commitment to offer Ghanaians the opportunity to experience the network.

He also mentioned recharge bonuses of up to 100 per cent when credits were recharged, bonus on incoming calls, free night calls, bigger space on SIMâ€ˆcards, among others, as some of the products that would be used to beat competition.

MTN maintained its position as the market leader with a subscriber base of 10,323,334, representing 48 per cent of the market share.