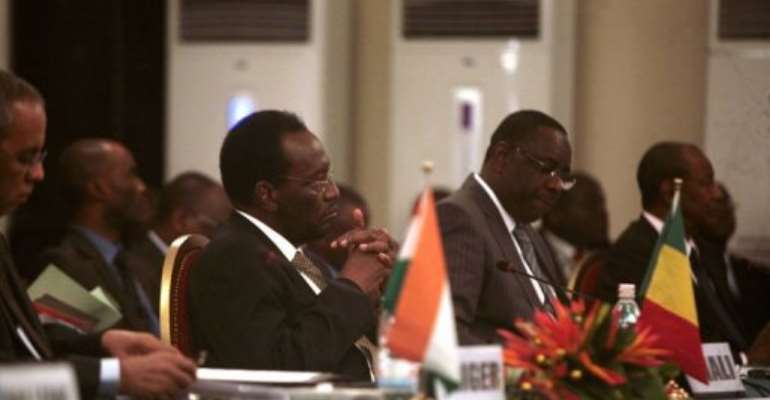 The 15-member ECOWAS has been rattled by coups in Mali and Guinea-Bissau over the past five weeks, and is mulling the deployment of troops to both countries.

In Mali, a group of renegade soldiers ousted the president on March 22, claiming to act against the government's inability to stop a Tuareg rebellion in the north.

Since then however, the Tuaregs and Al-Qaeda-affiliated Islamists have conquered the entire northern half of the country.

Amid a barrage of international condemnation, the junta handed power back to a transitional civilian authority under Traore but the coup leaders have continued to flex their muscles.

Soldiers also took over in coup-prone Guinea-Bissau on April 12 ahead of run-off presidential elections, striking a deal with opposition parties for a two-year transition period which excludes the former ruling party and its allies.