Attempts To Draw NPP Into Woyomegate Will Fail - Akomea 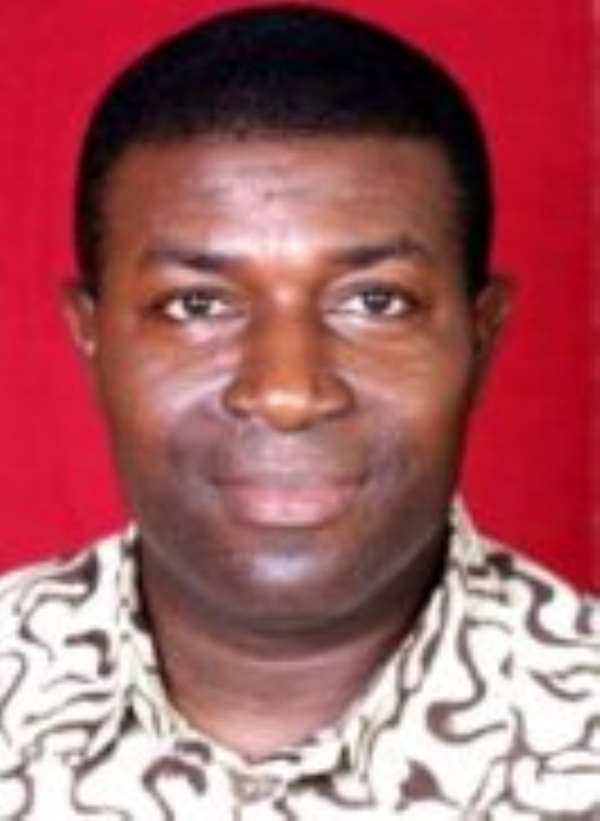 The Communication Director of the New Patriotic Party has said that the National Democratic Congress is desperately trying to draw the NPP into the Woyome scandal but adds it will fail.

Commenting on the arrest of the former Deputy Education and Sports Minister, Mr O. B. Amoah, in connection with the controversial GH¢51 million judgment debt award to businessman Alfred Woyome, he said it was simply “a ruse by the NDC to involve NPP in the criminal payment of our money to Woyome.”

He said there was no basis for the arrest, especially when lawyers of Mr Amoah had, like Betty Mould Iddrisu, written to the police to express his willingness to assist with any investigations the police wished to conduct into the matter.

The NPP Member of Parliament for Aburi/Nsawam was picked up late Sunday night by the police and charged with corruption and willfully causing financial loss to the state.

But Nana Akomea in an interview with Joy News said it was difficult to reconcile the police’s latest action with the interim report of the Economic and Organised Crimes Office which stated without equivocation that Woyome had no contract with the government of Ghana and that he procured the judgment debt award through fraud.

Assuming records showed Woyome donated money to O.B. Amoah, he surmised, how did that influence the payments to Woyome?

For him, it was strange that the former Attorney-General and Minister of Justice, Betty Mould Iddrisu, who authorised the unlawful payments, and the Finance Minister, Dr Kwabena Duffuor, who made the payments against the directives of the president – as was claimed by EOCO in its interim report – were still walking free when O.B. Amoah who played no role at all in the payment had been arrested.

“O.B. Amoah was never involved in any process involving Woyome,” he stated, insisting that the former Deputy Education and Sports Minister at all material moments for the purposes of the judgment debt saga dealt specifically with Waterville and not Woyome.

To arrest O.B. Amoah, therefore, he believed, was unjust and unfair and the NPP would give him all the needed support, because supporting him did not vitiate from the party’s resolve not to back any member who had been involved in any wrongdoing.

The Former Deputy Education and Sports Minister faces the charges of corruption and willfully causing financial loss to the state.

Sources close to the former deputy minister said he was picked up from his Parakuo Estates residence by about four policemen and driven to the Police Headquarters.

He was deputy Sports Minister in the erstwhile Kufuor administration when contracts awarded for the construction of stadia ahead of the CAN 2008 tournament were canceled and re-awarded.

Mr Amoah is reported to have instructed construction firm Waterville Holdings to move to site ahead of a formal contract for the rehabilitation of the Accra, Kumasi and Elwak sports stadia for CAN 2008.

It has subsequently been explained that a Memorandum of Understanding between Waterville and the Government of Ghana formed the basis for his letter.

Mr Amoah is the fifth person to be arrested in connection with the matter.

Mr Woyome and three others, Chief State Attorney Samuel Nerquaye-Tetteh and his wife Gift and Mr Paul Asimenu, a Director at the Legal Department of the Ministry of Finance and Economic Planning, are currently facing six charges.

It is unclear if the police action is based on the investigations and subsequent interim report, but O.B. Amoah and some other members of the erstwhile Kufuor administration, including the then sub stantive Education and Sports Minister. Yaw Osafo Maafo, CAN 2008 Organising Committee chairman, Dr Kofi Amoah. went to court to restrain the EOCO from investigating the matter because they contended EOCO's action was unlawful and unjustified.

Said the EOCO interim report: “Mr O.B. Amoah was the Deputy Minister who gave the green light for Waterville to proceed to site and start work at the time the contract had not been approved by Parliament.”