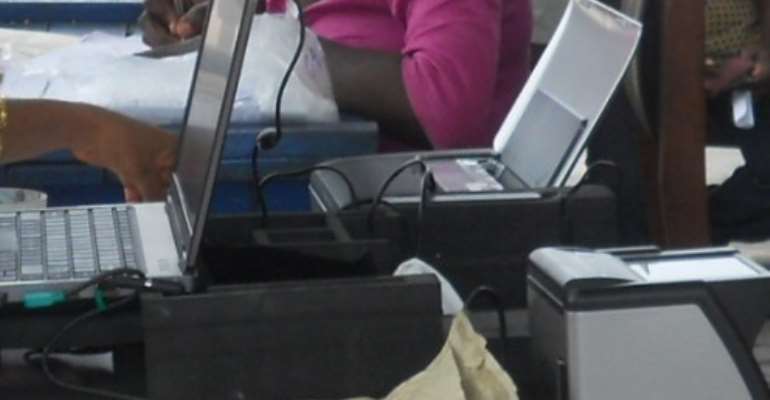 Kumasi, March 24, GNA – Technical glitches delayed the start of the biometric voter registration in some registration centres in the Ashanti Region, creating anxiety among many of the applicants.

While the technicians struggled to key in the code numbers, thumbprint machines in some cases could not communicate with the computers.

Added to these were the malfunctioning of printers and poor picture quality.

At the Bantama Caleb centre in Kumasi, the whole set of registration machines were not working as of 0730 hours when the Ghana News Agency (GNA) visited.

At both Ayigya “TT' Filling Station and Weweso M/A JHS centres, registration officials complained of problems with the laptops and printers.

The situation was not any different at the Abusuakruwa Christ the Way Church in Kumasi and Abuakwa-Aboaso in Atwima-Nwabiagya District.

At the Adum Presby Primary School in the Subin constituency, the first person had his voter's Identity Card (ID) at 0815 hours, more than 60 minutes after the exercise began.

The other challenge had to do with the late arrival of registration materials.

For example, as of 1045 hours voter registration had not taken off at the Anyankamamukese centre in the Asante-Mampong municipality because of the absence of the materials.

However, things were going smoothly at other centres. As many as 80 voters had been issued with Voter ID cards at two centres at Abusuakruwa SDA Church in Kumasi.

A considerable number of people had also been registered at the Adum Railway Police Station Centre at 0830 hours when the GNA got there.

He urged the officials to ensure that everything went on well.

He also appealed to the electorate to exercise restraint and to comport themselves.