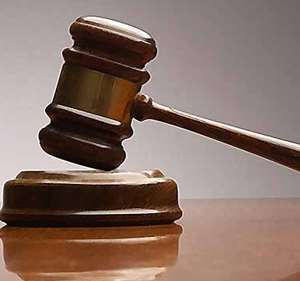 JUSTICE JOHN Ajet-Nasam, a judge at an Accra Fast Track High Court, Financial Division, has indicated that he would discharge lawyer Charles Juanah and two others who are standing trial for money laundering if the prosecution failed to start the case on the next adjourned date.

This followed a plea by Diana Adu-Anane, an attorney from the Economic and Organized Crime Office (EOCO), that they should be given 60 more days to complete investigations into the matter.

The case has suffered several adjournments at the instance of the prosecution, with the usual excuse that they were still conducting further investigations, and each time the trial judge expressed his dissatisfaction about the way the prosecutors were handling the case.

The judge said he would oblige them the 60 days adjournment since he did not want to rush the prosecution, but added that he would not tolerate the situation whereby accused persons were re-arrested after a court had discharged them.

In view of this, Justice Ajet-Nasam warned that on May 21, 2012, if the prosecution was unable to start trial, he would discharge the accused and also give an order should the prosecution decide to re-arrest them.

Diana Adu Anane had earlier on informed the court that they had been advised by the Attorney-General to further investigate certain aspects of the case, for which reason investigators had been tasked to do so.

George Heward Mills, counsel for lawyer Juanah, observed that the prosecution was virtually repeating their plea for adjournment, further putting the accused persons through psychological torture.

Counsel called on the judge to exercise his discretionary power by discharging the accused persons and also making an order that they should not be re-arrested, as had always been the attitude of the prosecution, but rather served a hearing notice to appear before court when they were ready to prosecute the case.

The defence lawyers, made up of Thadeus Sory, Ellis Owusu Fordjour and Joseph Turkson associated themselves with the submissions made by Mr. Heward Mills.

The accused persons in the case – Charles Juana, a lawyer, Victor Amoah, an agronomist and Nana Kwaku Adjei have been accused of obtaining $3.5million through money laundering activities.

They have pleaded not guilty to two counts of conspiracy to commit crime and aiding and abetting money laundering activities. They are all on bail.

The facts as presented by the prosecution is that Charles Juanah and his friend Victor Amoah lured a Dubai-based businessman, Mohammed Shafiq, who is the Chief Executive Officer of Jampur Group, and his agents into the country to establish business dealings in gold.

It said when Mr. Shafiq and his agents arrived in Ghana, they were told that the gold had been lodged in a vault at the SG-SSB Bank and were made to pay $3.5 million before it was released to them.

The source said the money was lodged in an account at the Abeka branch of the GT Bank and the alleged gold subsequently handed over to the buyers.

According to the facts, Juanah, at about 9:45pm on November 17, 2011, went to the headquarters of GT Bank, withdrew the money and sent it to an office located at Adabraka.

It said when Mr. Shafiq and his agents decided to verify the authenticity of the gold after it had been delivered, some of it was found to be fake.

Let's Avoid Second Wave Of COVID-19 By Following All Protoco...
6 minutes ago