Nzulezo is a paradise to promote domestic tourism - Ms Dansua 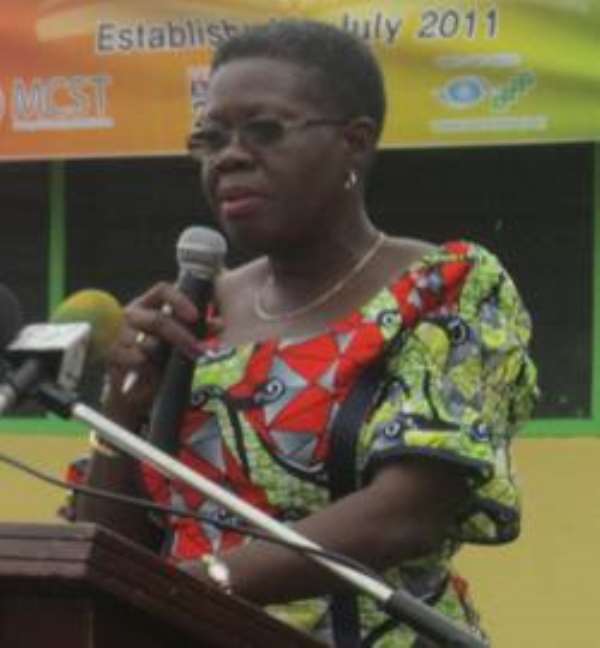 Accra, March 20, GNA - Ms Akua Sena Dansua, Minister of Tourism, has said Nzulezo, a village in the Jomoro District in the Western Region, was a paradise to promote domestic tourism.

She said despite the fact that the site lacked development, with efforts by foreign investors as well as local private investors the place would be more attractive and generate income.

Ms Dansua said this during a three-day tour of the Region as a way of encouraging domestic tourism and to identify tourism potentials in the Region.

Other areas were River Subre where President Nkrumah was said to have used to reach great heights, a private developing site for a five star hotel, Best Western Hotel, estimated to cost about GHC30million and other attractive sites in the Region.

Ms Dansua told residents of the village that the government alone could not develop the area but they should embrace every development issue with all seriousness and ensure that their environment was clean.

The village, built on stilts suspended above the Amanzuri Lake, is said to have been created by refugees from Mali who were led by a Snail God some 400 years ago.

The area, which is a wetland, is inhabited by about 450 Ghanaians and visitors are assisted with hand crafted canoes to cross over to the community. Tilapia, catfish, mudfish and monkeys are found in the lake and in the forest.

Ms Dansua said there was the need to train traditional birth attendants who would be provided with special package to stay in the community.

Ms Dansua appealed to the Jomoro District Assembly to exploit ways to generate revenue from Dr Nkrumah's mausoleum at Nkroful.

Mr Ebulley Amuah, an elder of the village, told the team that through the efforts of Ms Samia Nkrumah, Member of Parliament for the area, electricity was being extended to the area but the residents were being asked to clear the path at a cost of GH¢ 3, 000 for which they had paid GH¢ 2000 and appealed for assistance to pay the remaining GH¢ 1, 000.

She complained about lack of accommodation for visitors as well as transportation to take visitors round.

Ms Dansua said the Ministry only facilitated visits of tourist but did not have the mandate to take care of the forest but could encourage private public partnership in such areas.