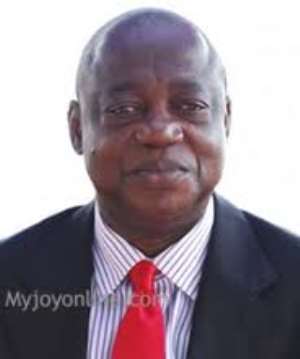 A businessman resident in Sowutuom, a suburb of Accra, and who allegedly threatened a Technician Engineer of the Electricity Company of Ghana (ECG) with death, was yesterday arraigned before an Accra Circuit Court.

Edward Kizito Omile was accused of threatening Isaac Frank Kwofie with a pump action shotgun with the intent to put the fear of death into him.

The court, presided over by Sedina Agbemava, admitted the accused person to GH¢3,000 bail with one surety to be justified. Omile is, therefore, expected back in court on April 4, this year.

It is the case of the prosecutor, DSP Alex Odonkor, that when the complainant, Isaac Frank Kwofie, who was on his routine operation in the vicinity of Sowutuom, got to the residence of the accused person on March 8 this year, with the intention to check the electricity meter in the house, he noticed that the gate to the house was closed.

Kwofie tried to draw the attention of the dwellers of the house to open the gate for him so he could conduct his scheduled assignment. However, the accused person sent one of his boys, who is a witness in the case, to find out who was at the gate.

While there, Omile followed up to the gate armed with his shotgun number AAAL/837/11 Mossberg T.051475, the prosecutor told the court, and further indicated that the complainant got frightened on seeing the accused person with a gun.

Kwofie then left the scene and lodged a complaint with the police, after which the accused person was arrested and the gun retrieved from his room, DSP Odonkor noted.