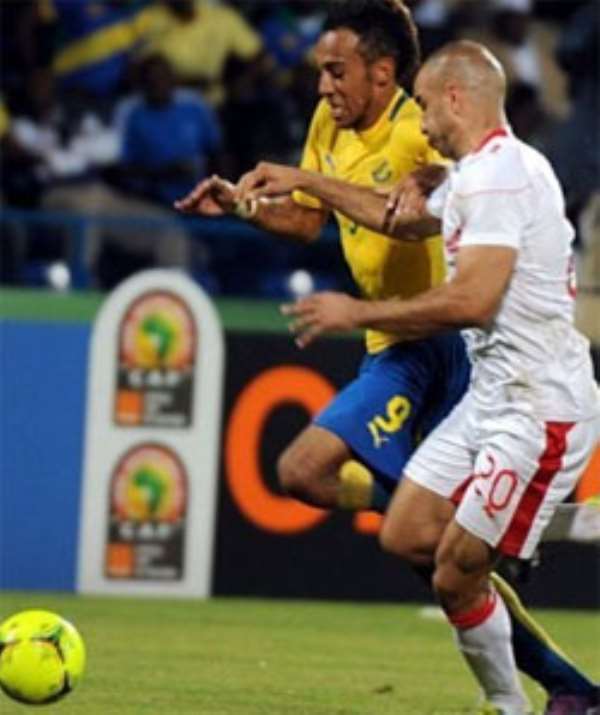 Panthers striker Pierre Aubameyang scored his third goal of the tournament, netting just past the hour mark to provide the game's defining moment. The Carthage Eagles pushed hard to get back in the game but never looked like finding a way past Gabon's defence.

The North Africans still progress to the quarterfinals as the second-placed side from the group, ahead of Morocco and Niger.

But it was Gabon that broke the deadlock on 62 minutes, with Aubameyang getting away a low shot that should have been stopped by Jridi but skipped over the 'keeper's legs and found its way into the back of the net.

Meanwhile, Morocco salvaged some lost pride from their poor attempt at challenging for the 2012 Africa Cup of Nations with a 1-0 win over Niger in Group C at the Stade de l'Amitie.

Any attempt by uniformed vigilantes to foment trouble here w...
3 minutes ago

Our spiritual father says vigilantes are being recruited, ar...
10 minutes ago