WE ARE DISAPPOINTED IN THE PRESIDENT – WHAT MORAL RIGHT REMAINS? 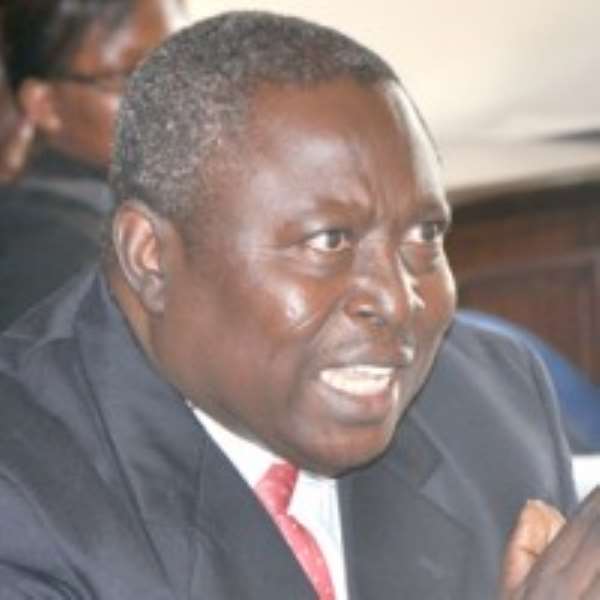 We are saddened by the action of H.E. John Evans Atta-Mills especially with the dismissal of A-G Martin Amidu for what they call “… misconduct at a meeting” chaired by the President on Friday the 13th of January 2012.

The case involving businessman and bank-roller of the NDC Mr. Alfred Woyome is a very serious matter that needed the discernment of a leader to effectively handle and bring all wrong persons to order. However, President Mills has failed to be that leader. Instead, he has claimed not to be aware of the payment apparently illegally made and has caused a subordinate body to the A-G's department in the name of EOCO to undertake an investigation into the matter.

More so, when a leading member from his own government attempted to pursue the case to cause for the refund of the monies paid, he decided to sack him and is telling Ghanaians that the sacking is due to a “… misconduct” of the Minister during a meeting. This causes us to have the highest point of disappointment in the president.

The actions of the President can best be seen as a leader who is not in favour of an action which is likely to expose a well-covered painful truth about his party or government. It sounds very strange for the President to dismiss Mr. Martin Amidu because he “misconducted” himself at a meeting. There is a bitter truth behind this infamous dismissal which Ghanaians deserve to know.

The action of the president has dealt a huge blow to the fight against corruption. It was our expectation that the president with the executive authority would support his Attorney-General to recover the monies paid unduly to Mr. Alfred Woyome. When the President's Attorney-General alleges that some big men in his administration are corrupt and milking the nation dry, we expected him to act in a urgent manner to uncover the truth. So is this President incorruptible?

This explains the position of the PPP that we run an executive system of government and a such Ghanaians must elect into that position someone who can uphold the rule of law, protect state assets and one who would be incorruptible. We are sad to note that the president has taken the path of least resistance. The PPP recognizes the independent, progressive mindedness of Mr. Amidu to attempt to fight for Ghana. We extend an invitation to Mr. Amidu to join the progressive movement to effect the change in this country to fight corruption.

A government which promised to act on newspaper allegations of corruption is now calling for some sort of full scale investigation into a big state scandal of this magnitude. Yet when a minister attempts to resolve the fraud against the Republic he is immediately sacked.

We would like to assure the President and all Ghanaians that we are ready to support civil society to wage a relentless war to get to the bottom of this matter. The dismissal of Mr. Amidu has strengthened our resolve to pursue this matter to its logical conclusion. We remind the President of his duty to protect state resources. He cannot refuse to seek a return to the Treasury the payment so obviously wrongfully made to Mr. Woyome and use an untenable excuse to sack the Attorney-General who was trying to do the right thing.

All of this supports our position that it is about time to change the constitution and bring on board an independent prosecutor who cannot be influenced by the government of the day.

We are by this statement asking the President to deal with this matter decisively before he leaves office on January 7th 2013. Ghanaians deserve better than this.

Vote for me to change the fortunes of Anyaa-Sowutuom — NPP P...
6 minutes ago