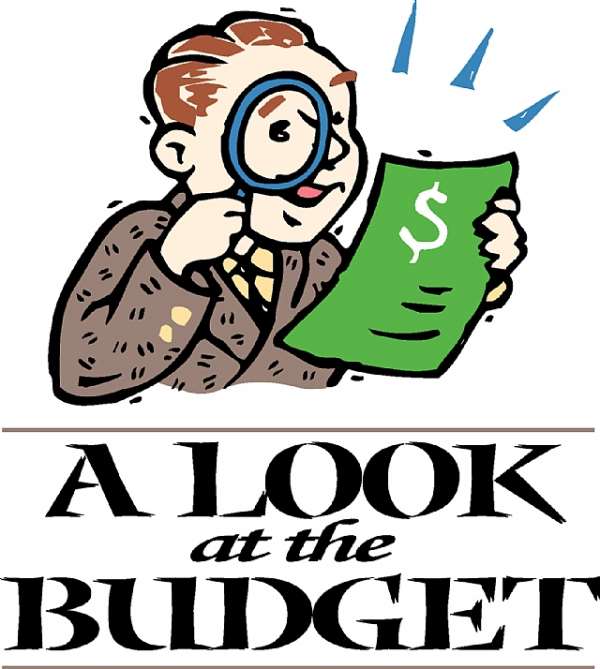 Ghanaians are already feeling the gains of the Better Ghana Agenda programmes in all spheres of their life while they are alive, even if their children might be a little bit worse off, the people who are benefiting from the Better Ghana Agenda today can expect to be exponentially better off under the NDC Government. A new sense of possibility is shining on Ghanaians under the able leadership of His Excellency, Professor John Evans Atta Mills.

The NDC Government was given the mandate to manage the affairs of this country in January 2009, based on its Manifesto for a "Better Ghana". The manifesto promises were anchored on transparent and accountable governance, a strong economy for real jobs, investing in people, and expanding infrastructure.

The Minister of Finance and Economic Planning, Mr Kwabena Duffour has had the privilege to present three Budget Statements and Economic Policies on behalf of His Excellency Prof. John Evans Atta Mills to the Ghanaian Parliament. The implementation of all these budgets has significantly improved the standard of living of Ghanaians.

Under the able leadership of His Excellency, Prof John Evans Atta Mills, coupled with the hard work of our cocoa farmers and other stakeholders, Ghana has now attained the 1.0 million metric tonnes of cocoa production for the first time in our history ahead of the 2012 schedule.

At the end of 2008, the fiscal deficit on cash basis was 8.5 per cent of GDP (14.5 percent of GDP - old series). As at the end of September 2011, it had been reduced significantly to 2.0 percent of GDP. The GDP deficit in 2008 was largely driven by the NPP government's a lack of prudence in public spending, misplaced priorities and off budget expenditures, which characterised their 8 years rule. Their irresponsible and reckless extravagancy, the regular demand for luxurious foreign imports weakened the balance of payments and the Cedi exchange rate. The result was that by December 2008 the balance of payments had recorded a huge deficit of USD941 million. Non-oil imports rose by 33% in dollar terms in 2008, causing a significant increase in the current account deficit to over 20% of GDP.

Due to the prudent and macroeconomic management under the NDC Government, based on the projected revenues and expenditures up to the end of the 2011 fiscal year, the fiscal deficit for the year is expected to be GH¢2,740.5 million, equivalent to 4.8 per cent of GDP, compared to a budget deficit target of 5.1 per cent of GDP.

Today, with the robust performance in the non-oil sector and the start of oil production, real GDP growth is provisionally estimated at 13.6 per cent in 2011. The rebasing and revision of the national accounts measurement in 2010 has raised Ghana's national income by more than 60 per cent, moving the country to lower middle-income status. Bringing to Ghanaians a new sense of hope and possibilities that under the NDC administration. Based on the projected revenues and expenditures up to the end of the 2011 fiscal year, the fiscal deficit for the year is expected to be GH¢2,740.5 million, equivalent to 4.8 per cent of GDP, compared to a budget deficit target of 5.1 per cent of GDP.

Inflation which was 18.1 per cent at the end of 2008 has fallen to single digit from a high of 20.7 per cent in June 2009 to 8.4 per cent in September 2011. This single digit inflation is real and has been sustained for the longest period of our economic history, from June 2010 to date.

Interest rates have continuously declined from 18% in 2008 to 12.5% in November 2011. This is evidenced by the significant reduction in the yield of the 91-day money market instrument from 24.67 per cent in 2008 to 9.1 per cent in September 2011, making it the lowest recorded money market rate in decades.

Gross International Reserves of US$4.98 billion recorded in October 2011 exceeded 3.0 months of import cover of goods and services, compared to reserves of US$2.0 billion at the end of December 2008, which could barely cover 2 months of imports. The gross international reserves realized in October 2011 is also the highest ever recorded in our history.

For the first time since the West Africa Monetary Zone (WAMZ) programme commenced in 2001, Ghana has met all the four primary convergence criteria as at end-June 2011, compared to the three criteria satisfied at end-June 2010.

The NDC Government has made significant progress in improving the well-being of the vulnerable through social intervention policies such as removal of Schools under Trees, provision of free uniforms and text books, up-scaling of the school feeding programme and the Local Enterprises and Skills Development Programme (LESDEP).

In the NDC Manifesto, the Government pledged to implement policies and programmes that would expand infrastructure, create jobs and provide the needed social services for the benefit of all Ghanaians.

Consequently, the NDC government pursued with commitment, very solid socio-economic policies that have resulted in the restoration of fiscal consolidation and macroeconomic stability; and are on the brink of achieving the highest real GDP growth rate of 13.6% compared to the growth rate of 7.7% recorded in 2010, the highest ever recorded in the history of our country, Ghana

The macroeconomic stability achieved has provided the appropriate platform for accelerated growth. The priority of government over the medium term is to find a solution to the infrastructure deficit that has hampered the country's accelerated development over the past decades.

Government has therefore focused the 2012 Budget on the provision of key infrastructure in various sectors of the economy, to further stimulate growth, support the private sector to create more jobs and improve the incomes of Ghanaians. For these reasons, the 2012 budget has been crafted around the theme “Infrastructural Development for Accelerated Growth and Job Creation”.

In pursuit of the social democratic principles of the NDC Government, the 2012 budget will continue the implementation of a number of pro-poor intervention programmes that will provide equal opportunities and improvement in the well-being of our people.

In this respect, the NDC Government promise to expand the scope of the numerous social intervention programmes to benefit a greater number of vulnerable people in our society. Indeed, the NDC Government under the able leadership of His Excellency, President John Evans Atta Mills has brought a new sense of hope and possibilities to Ghanaians in just under three years of its four year mandate.