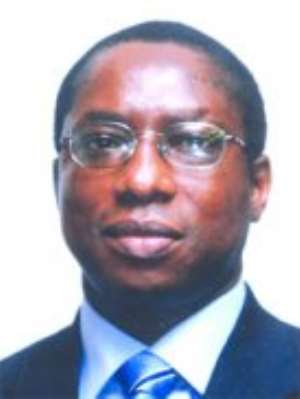 The Managing Director of Ecobank Ghana, Mr Samuel Ashittey Adjei has assured the stakeholders of the banking industry that the acquisition of the Trust Bank by Ecobank is to draw synergies of the two banks and make the industry more competitive.

Speaking to the Daily Graphic in an interview, Mr Ashittey Adjei acknowledges the strength of the Trust Bank in assisting the small and medium scale enterprises.

“This is an area we want to scale up, which is why we want to tap into their expertise so that we grow the country’s SME banking operations,” he said.

Ecobank, which is well- noted for its corporate banking business, plans to acquire TTB for the latter’s retail banking network and its small and medium sized enterprises in a deal that had generated a lot of controversy.

The Bank of Ghana had consequently set up a three member committee to receive memoranda from stakeholders on the merger deal.

There were concerns of possible job losses, branch closure and the squeeze of credits to the small and medium scale enterprises.

But Mr Ashittey-Adjei assured the customers and staff of TTB that there will not be job losses when the deal is finalised and okayed by the Bank of Ghana, except for staff who have committed some financial malpractice.

He said Ecobank hoped to leverage on TTB’s SME banking operations and create a bigger and competitive industry with a vibrant small enterprise sector.

According to him, since the inception of Ecobank Transnational Incorporated (ETI), the parent company of Ecobank Ghana, ETI had made eleven acquisitions with no single job loss or branch closure.

“The SMEs will be best served when the acquisition is concluded, because the staff of TTB will continue to do what they know doing best”, he said.

He mentioned that, when the merger is concluded, the transition would take some time for the integration process to be complete.