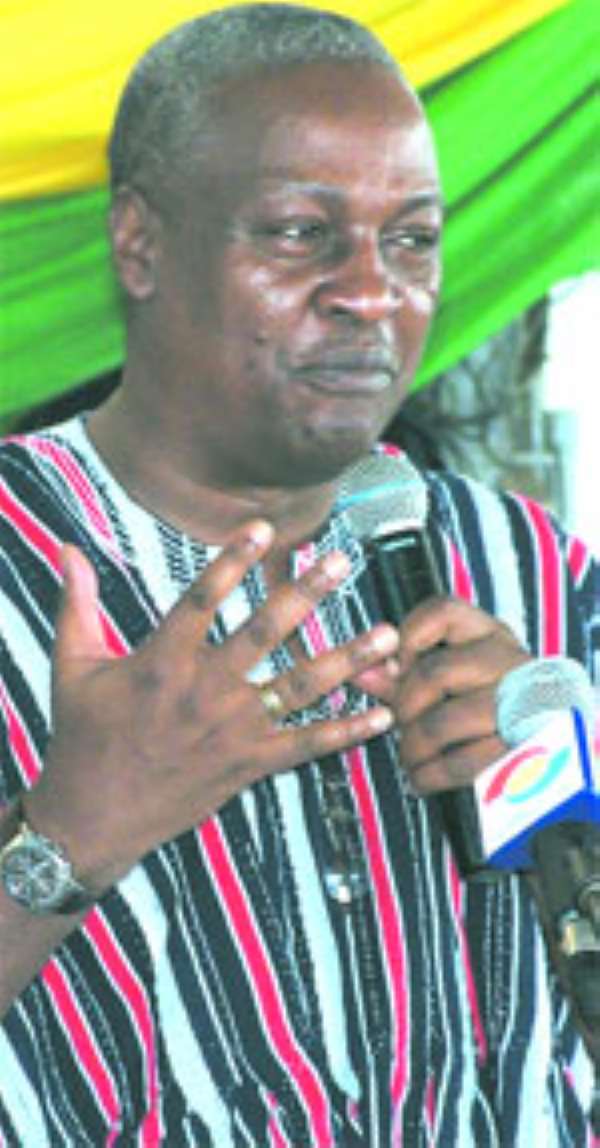 The Navrongo Senior High School (NAVASCO), last Saturday, rounded up activities marking its Golden Jubilee celebration, with a grand durbar at Navrongo in the Kassena-Nankane East District of the Upper East Region. The ceremony attracted ministers of state, members of parliament, chief executives, traditional rulers, directors of education, and past students of the school.

NAVASCO was established in 1960 by the first President of the Republic of Ghana, Dr. Kwame Nkrumah, to provide an equal opportunity for people of the region to access quality education. Past students of the school, popularly referred to as 'Nabias,' are found in every sphere of influence in Ghana, and this tells the success story of the school.

Presently, the school has five ministers of state in the Mills' administration, 14 members of parliament, and many others blazing the high echelons of public service in Ghana.

In a speech read on his behalf, Vice President Mahama noted that such laurels were achieved by dint of hard work, contributing to make the school the 'true light of the north.'

Vice President Mahama was however, concerned about the recent students' riots, which nearly dented the image of the school, and urged all stakeholders to come on board, in order to build upon the niche the school had carved for itself over the years.

In a speech read for her, the Minister of Education, Mrs. Betty Mould-Iddrisu, commended NAVASCO for the great men and women it had produced. She said the success story of all these great men and women did not come by chance, but through hard work and discipline in the early years of their development in the school.

While condemning acts of indiscipline, and asking the students to use laid down structures to address their grievances, the Education Minister also advised them to take inspiration from the old ones, and emulate their lifestyles, because this was the only way they could achieve academic laurels.

Mrs. Mould-Iddrisu used the occasion to urge teachers to exercise patience, as the government and the Fair Wages and Salary Commission correct all abnormalities that characterised their February salaries as a result of the implementation of the Single Spine Salary Structure (SSSS).

The Upper East Regional Minister, Mr. Mark Woyongo, whose speech was also read for him by his Deputy, Mrs. Lucy Awuni, regretted that of late, the fame of the school was waning gradually, due to indiscipline and unruly behaviour by the students.

He observed that this trend was responsible for the lowering performance of NAVASCO, and therefore, admonished the students to desist from acts of vandalism, because they would be surcharged for any destruction caused to school property.

The Headmaster of the school, Mr. Patrick Tangonyire, paid glowing tribute to his predecessors for their hard work, dedication, resourcefulness, and ingenuity that had kept the school on its pedestal over the years.

He recounted that when academic excellence was the order of the day in NAVASCO, one Kofi Mornah obtained the best results in the School Certificate /G.C.E in the whole country in 1974, and challenged the present students to emulate those sterling performances by the pioneers.

Mr. Tangonyire used the occasion to appeal to the government, old students, and benevolent organisations to come to the aid of the school, by renovating dilapidated staff bungalows, as well as two boys' dormitories, a fence wall around the school, a pickup vehicle, computers, and accessories for an ICT Laboratory among others.

Awards were presented to the best teachers and students, as well as citations for some past headmasters, including Mr. C.G. Macdonald, 6th Headmaster of the school, who came from England to join in the celebrations, and Madam Katumi Fuseni, first female head of the school.

An amount of GH¢70,000 cash was realised from an appeal for funds.

No petty trader will pay income tax in my next gov't — Maham...
15 minutes ago