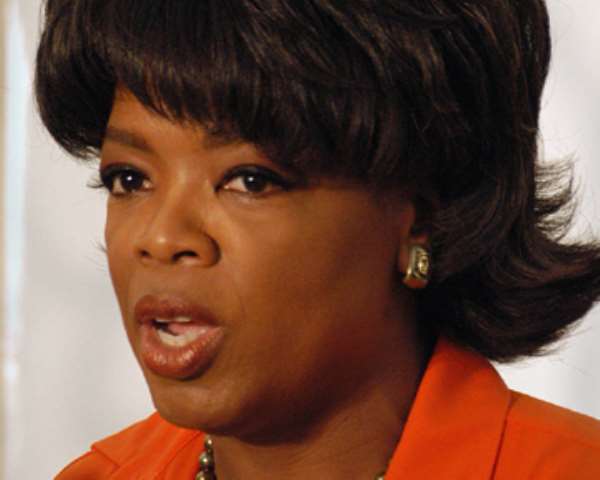 
A tearful Oprah Winfrey has denied she is a lesbian, saying that constant rumors about her close relationship with a female friend were irritating "because it means that somebody must think I am lying."

The influential TV talk show host addressed her 20-year relationship with Gayle King, and her ongoing partnership with lover Stedman Graham, in an emotional interview with journalist Barbara Walters to be shown on ABC television on Thursday.

"She is the mother I never had. She is the sister everybody would want. She is the friend that everybody deserves. I don't know a better person," Winfrey said of King, fighting back tears.

"It's making me cry because I'm thinking about how much I probably have never told her that. Tissue please," she added.

King and Winfrey, 56, met while working at a local Baltimore TV station in the 1980s and have been inseparable professionally and personally, sparking much media speculation that they are gay.

"I'm not a lesbian. I'm not even kind of a lesbian," Winfrey told Walters, in an excerpt of the interview released on Wednesday. "And the reason why it irritates me is because it means that somebody must think I'm lying. That's number one. Number two...why would you want to hide it? That is not the way I run my life."

Winfrey, whose daily TV chat show is watched by millions in the United States and 145 other countries, said that businessman Stedman Graham was still her lover and mate after more than 20 years together, despite the fact they are now rarely seen in public together.

"I made a conscious effort around 2003, 2004 to pull back on my public appearances with Stedman," she said.

But denying speculation that the pair had split up, she told Walters he was "the love, the lover, the man, the partner, the mate" of her life.

Winfrey is launching a new cable TV network, OWN, in January in a joint venture with Discovery Communications. She will end her ABC TV talk show in May 2011 after 25 years.