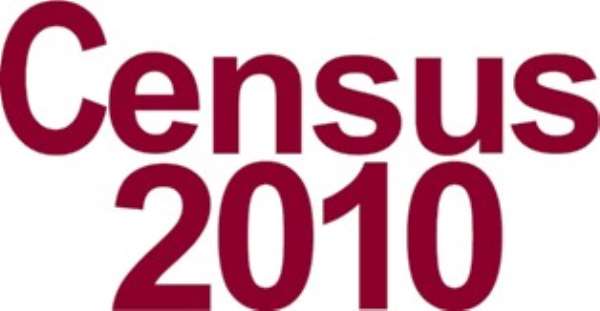 
The National Census Secretariat has begun a mop-up exercise across the country to enumerate pockets of the population who have not been covered in the 2010 Population and Housing Census.

It said as of Monday, an average of more than 90 per cent of residential structures nationwide had been covered and the mop-up exercise was aimed at redeeming the 10 per cent enumeration deficit.

"The mopping up exercise will continue to ensure that everyone is counted," the Government Statistician, Dr Grace Bediako, told journalists at the 'Meet-the-Press' series in Accra yesterday.

For the many people who have expressed concern that they have not been counted, Dr Bediako appealed to them to call the hotlines of the census secretariat for prompt response.

According to the Government Statistician, special teams had been constituted in each district to respond to calls from people yet to be counted, adding that the teams were poised to comb every area to ensure that everyone was covered.

When asked what indicator the census secretariat would use to determine that the last person had been counted, she said that would depend on when calls from the uncounted population reduced to one.

She said at the moment, the secretariat was receiving a lot of calls and that implied it had not yet reached complete enumeration.

The regional breakdown of residential structures covered so far, as released by the census secretariat, cites the Upper West Region as having the highest coverage of 98 per cent, with the Greater Accra Region perched at the bottom with 85 per cent.

The Census Secretariat had projected to undertake the enumeration exercise within two weeks, from September 27, 2010 to October 10, 2010, but shortage of census materials, flooding in some parts of the country as a result of heavy rainfall and disputes over ethnic and district characterisation had posed major challenges to the exercise.
Those challenges compelled the Census Secretariat to extend the exercise for a week, which expired on October 17, 2010.

In view of the challenges, many people are already expressing reservations about the outcome, but they may have to hold their pessimism until January 2011 when provisional results of the census are expected to be released.

Responding to a question on how the secretariat was dealing with challenges such as the Nkwanta North and Nkwanta South boundary dispute over which some communities decided not to participate in the census, Dr Bediako said many of the issues had been resolved.

She said the most important thing was for the people to be enumerated, after which their concerns could be addressed.

Asked whether or not enumerators would be paid additional allowances for the extension, the Government Statistician declined to make the remuneration of enumerators public, pointing out that it was a matter between the employer and the employee.

On how much had so far been spent on the census, she said that could only be assessed at the end of the exercise.

She expressed gratitude to all those who had contributed in diverse ways to support the conduct of the exercise.