By Corrected by McKinley High School 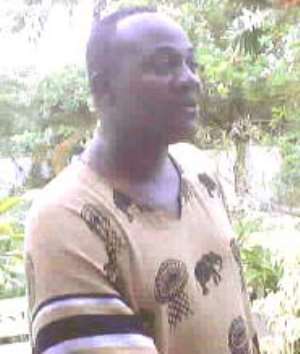 Dan Botwe, General Secretary of the New Patriotic Party (NPP) on Tuesday, stated that although the party might not be able to win all the 200 seats in the 2004, it would improve its performance on the 2000 elections. "We will be able to make in-roads to strongholds of the NDC and win seats in hitherto considered no-go areas for the NPP". Botwe was speaking at a press conference in Sunyani to round off his four-day visit to some constituencies in the Brong Ahafo Region where he observed the election of new party executives. The visit, according to the General Secretary, was also to inform the rank and file of the party that campaign for the 2004 elections had begun. Botwe said the NPP had started registering new members in certain constituencies especially in the Volta Region where it faired poorly in 1992, 1996 and the 2000 elections. He mentioned North Dayi, South Tongu and Biakoye constituencies where some 500 new members had been registered after the launching of the party's new identity card. Botwe accused the NDC of spreading "falsehood" about the NPP after sensing that it was going to lose the 2004 elections. He urged officials of the NPP at the Regional and Constituency levels not to, "sit down to let such misinformation take root before they react." The General Secretary described as the misinformation the assertion that NPP was an "ethnic party." Botwe also dismissed reports that an airport project proposed for Nsoatre, near Sunyani, had been shifted to Kumasi. He charged Regional Executives to constantly organize workshops to enable constituency officials to inform the people about government policies and programmers "to enable them to counteract some of these misinformation being peddled around". Botwe called on them to set targets for the 2004 elections and gave the assurance that the National Secretariat would provide them with logistics. He stated that the Dagbon crisis was not a political issue but a traditional one. Botwe said the President's travels abroad were necessary and would continue when needed. "If 55 per cent of resources to develop the country come from outside, then, it is necessary for the President to visit such areas to cement the relationship between the country and its resource providers". He viewed criticisms about the President's foreign travels as unnecessarily cynical and called on such critics to point out, which of the trips were unnecessary. Botwe stated: "The NPP is still on course since it has been able to honor some of its electoral promises, whilst others are still being tackled". Botwe also assured the unemployed who registered recently that the government had not forgotten about them since plans were being made to train them to become self-employed. On the demand by Chiefs of Nkroful for the re-burial of Dr Nkrumah's body at his birthplace, Botwe said "they have the right to make the demand, but this should not be linked to a supposed promise by the President". He said he was surprised that the chiefs made the demand through a press conference since they could have channeled it through the National House of Chiefs. "I do not see any political motive behind their request but if there is, then, it would surely backfire." Botwe commended the Brong Ahafo Regional Secretariat of the Party for improving their performance in the 1996 general election from four seats to 14 in the 2000 and 21 seats in 2004. He called on officials and supporters of the party to follow laid down rules in seeking redress to grievances. Botwe denied that there was a rift between him and the National Chairman, Haruna Esseku, pointing out that they might not agree on all issues but that did not mean "we bear each other a grudge".