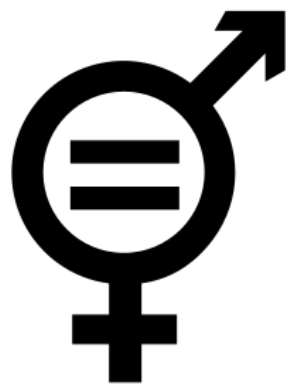 Presently, discussions are ongoing in New York to review the Beijing Platform for Action, its 15th year and in the light of the Millennium Development Goals. This time around the issue is not about jargons but measurable actions to achieve results towards holistic development. It is in this context that I wish to situate this paper.

Why Talk about Gender Equality?
I want us to look at the concept of Gender Equality and how we have interpreted it in Ghana but first let us look at some definitions: World bodies have defined gender equality as related to human rights, especially women's rights as regards economic and social development:

i) UNICEF defines gender equality as levelling the playing field for girls and boys by ensuring that all children have equal opportunity to develop their talents.

iI) The United Nations Population Fund declared gender equality as "first and foremost, a human right." "Gender equity" is one of the goals of the United Nations Millennium Project, to end world poverty by 2015; the project claims, "Every single Goal is directly related to women's rights and societies where women are not afforded equal rights as men can never achieve development in a sustainable manner."

Promoting gender equality is therefore a means for encouraging greater economic and political endeavours to prosperity of nations. It is a fact therefore that Gender Equality does not mean 'sameness' but equal opportunity and equity, and even though gender also includes men there is a strong reason why the emphasis, for now, in Ghana, has to be on women's rights in pursuit of social justice to truly attain gender equality as set in the Millennium Development Goals (MDGs).

The MDGs are an integrated set of eight goals and 18 time-bound targets for extending the benefits of globalization to the world's poorest citizens. The goals aim to stimulate real progress by 2015 in tackling the most pressing issues facing developing countries – poverty, hunger, inadequate education, gender inequality, child and maternal mortality, HIV/AIDS and environmental degradation.

According to the UN Millennium Project Task Force on Education and Gender Equality, in most developing countries like Ghana, gender inequality is a major obstacle to meeting the MDG targets. In fact, achieving the goals will be impossible without closing the gaps between women and men in terms of capacities, access to resources, opportunities, and vulnerability to violence and conflicts.

Ghana as a nation has made some strides including:
• Setting up a Domestic Violence and Victim Support Unit (DOVVISU) in Ghana's Police Service has enabled the Police Service to respond to several cases from family abuse of individual rights to rape and defilement.

• Amending the Criminal Code of 1998 to criminalize harmful widowhood rites and ritual servitude, now the law courts can interpret this law to pass judgement to such cases.

• Other important acts of legislation include the Human Trafficking Act, Disability Act and the Domestic Violence Law, which go a long way to support Ghana's effort at ensuring compliance to human rights in general and women's rights in particular.

• The measures in the health sector including free antenatal and delivery services throughout the country, it is my hope will go a long way to improve maternal and child mortality rates.

• The Accelerated Child Survival Development programme for example has reduced infant and child mortality by 50 per cent in the Upper East region with significant reduction in maternal mortality.

• The national health insurance scheme covers children below 18 years of age, once their parents have registered.

• Public awareness programmes on the abortion law and on the prevention of unwanted pregnancies through family planning, as well as dangers of unsafe abortion has been intensified.

All the above are efforts to contribute to attaining gender equality and yet more could be done in a nation like Ghana to mitigate the challenges and enable Ghana attain the MDGs:

Opportunities and Resources: most women in this country contribute in various ways towards food security and poverty alleviation through farming and small scale enterprises. Yet most agricultural and economic policies are not visibly inclusive of women. If we say women constitute most rural farmers in this country, how many tractors were assigned to women farmers? For example micro-credit opportunities require collateral which women often cannot afford. Again the absence of comprehensive social security protection schemes for women in the informal sector leave a greater section of the population out of an important initiative to support the private sector.

The issue of access to and control of land in some communities is still a limiting factor to women in agricultural enterprises.

Inheritance practices, even though there are laws such as the Inter-State Succession Law and others, some traditional norms obstruct gender equality and discriminate against females.

Women's participation in the power structure still stands at about 8.2% in parliament and even though there is an effort to use the quota system to create a balance in the proportion of women and men in the assemblies, there is still low representation of women in decision-making positions at district, regional and national levels. For example: the regional or district security councils often have just one woman to indicate “gender balance”!

There are still several discriminatory social practices in prevailing cultural attitudes and societal codes evoked in the name of traditions and religion, which undermine the dignity and rights of women. Examples of these include witchcraft, widowhood rites, Female Genital Mutilation, forced marriage, widow inheritance, girl child betrothals and unintended consequences of dowry, etc which do not guarantee the liberty/freedom of women and render females secondary humans.

The target for Goal 3 says: Eliminate gender disparity in primary and secondary education, preferably by 2005, and in all levels of education no later than 2015. Education is a strategic gender need and is a long term investments, but in Ghana girl child enrolment and retention is still a challenge in some communities. In Ghana, retention and transition rates for girls follow a negative pattern. While 47% of primary school students are girls, less than 27% of university students are female. Dropout rates for girls continue to remain very high at the upper primary and junior secondary levels often due to lack of parental support, and early marriage (WFP, 2004). Studies suggest that it is the poor quality of education in rural areas of Ghana, which provides the greatest challenge. Girls will not stay in school if they are not receiving quality education, and even if they do remain, their chances of competing for university entrance or jobs on a national level are still very limited.

There are several factors which hinder the girl child education situation, some of them being socio-cultural factors such as girl child fostering, early marriage, teenage pregnancies, and preferences of male child over girl child, unfriendly school environment and attitude of teachers. They also include, etc. in this regard, there is still a challenge to attaining MDG 3.

The situation of women and armed conflict is becoming a critical issue of concern in this country. Initially women and children were left out of the death toll and maiming in conflict situations. In recent times however, women, (old, pregnant lactating) and babies are killed defencelessly in ethnic conflicts. Behind several killings in wars, ethnic conflicts, armed robbery etc, are multiple violations of women's rights including intimidations and attacks, restrictions in mobility, rape, forced divorce, sex slavery, etc.

HIV/AIDS: According to Amnesty international women face several gender-specific factors which increase their risk for HIV and AIDs and renders them disproportionately exposed to sexual violence and rape, coerced sex early marriage, as well as to harmful practices such as FGM widowhood inheritance and lack of information HIV counselling and health services.

Way Forward
The MDGs and human rights have common objectives, to preserve and protect human dignity and gender equality is one critical vessel to the achievement of the MDGs. Ghana should consider a way forward in a gender - affirmative action policy that is actually implemented. Luckily the President promised in his first state of the nation's address to support affirmative action, this can be put to action in the following ways:

• Supporting and strengthening the structures that address violence against women and children,

• Addressing girls' access to quality education and their retention in schools. For example IBIS-Education for Empowerment Programme supports girls in rural schools to improve on the participation and quality learning outcomes for the girl-child in the schools.

• Widen the space for women in governance right from the local government level to national boards. The political parties should create space for women to assume strategic leadership and bring change, there should be gender oriented economic policies, agricultural policies that respond to the needs of small-scale farmers a majority of whom are rural women.