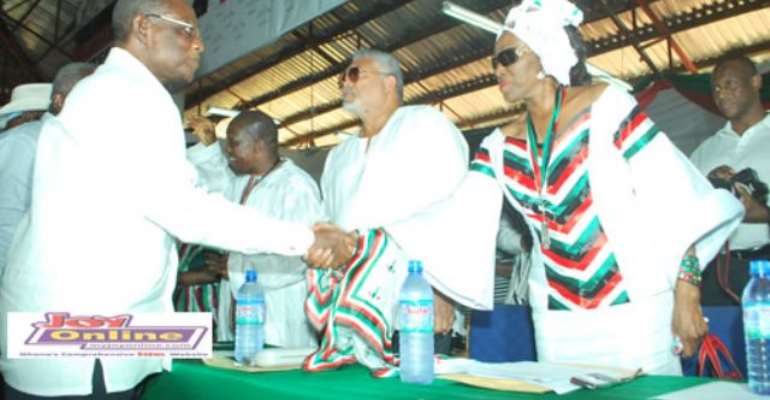 
Two political analysts have lauded the National Democratic Congress (NDC) for holding a smooth congress in Tamale at the weekend, describing it as a demonstration of the party's growing internal democracy and strong character.

They said having passed the first litmus test, the NDC must use the spirit of unity generated from the congress to renew efforts at delivering on the party's mandate to Ghanaians.

Prior to the eighth national delegates' congress of the NDC, there were media speculations that the perceived factionalism within the party could degenerate into acrimony and violence at the congress.

However, the congress passed smoothly without any violence, prompting President Mills to later remark that the NDC had no apologies for its detractors.

Describing the congress as the best to be organised by the NDC, the two university dons said it was a demonstration of the fact that the NDC had learnt from its past experiences.

They expressed the hope that the outcome of the Tamale congress would further strengthen internal democracy in the party.

In his submission, Mr Adjei said the outcome of the congress indicated that the NDC had moved beyond the pettiness that threatened to undermine the peace at the congress.

He said considering the background of the new executive members, everybody would realise that it would be extremely important for them to work in unity, adding that if they were able to bury their differences, the party would do well in Election 2012.

Mr Adjei said the statement made by President Mills that he had no faction in the party could put the issue about factionalism within the party to rest.

He said after the Tamale congress, the agenda of the party should be to move forward, making sure that no one group of people assumed dominance in the party.

Mr Adjei said the NDC could now focus and deliver on its mandate to the people of Ghana.

He expressed concern about the absence of a representative of the New Patriotic Party (NPP) at the congress, describing it as a "blow to democracy".

He said if the absence of NPP representative was the making of the NDC, then it was most unfortunate, and if it was the idea of the NPP not to attend the congress, "then it's not good either".

In his remarks, Dr Ansah-Koi said the success of the NDC congress was good for the development of the country's democracy.

He said the outcome of the congress clearly showed that the NDC was growing as far as internal party democracy was concerned.

Dr Ansah-Koi said considering the fact that members of the perceived factions in the party were elected into national offices, they would have to learn to abide by democratic principles or what he termed "the live and let's live" principle.

He said factionalism was not peculiar to the NDC; but pointed out that the manner in which the party was learning to strengthen internal democracy was commendable.