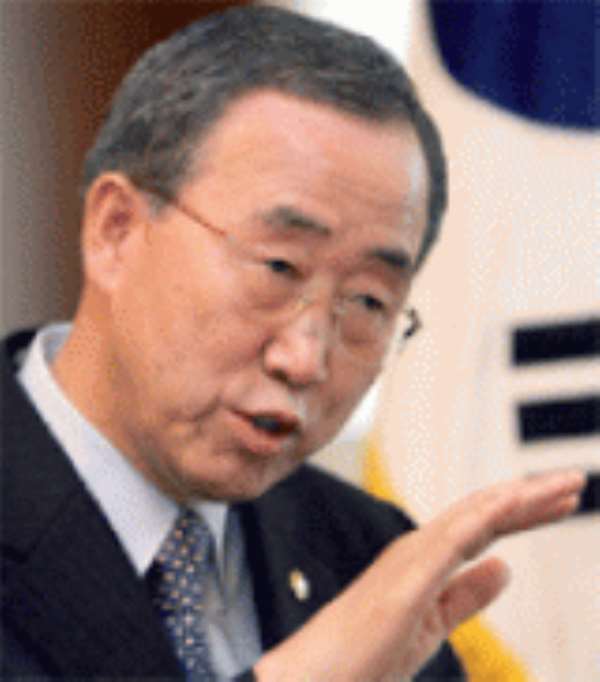 The UN has launched the International Year of Biodiversity with a warning that the ongoing loss of species affects human well-being around the world.

Eight years ago, governments pledged to reduce the rate of biodiversity loss by 2010, but the pledge will not be met.

The expansion of human cities, farming and infrastructure is the main reason.

Dignitaries including German Chancellor Angela Merkel spoke at the launch in Berlin yeasterday, with a video message from .

Mr Ban was due to say that human expansion was wiping out species at about 1,000 times the 'natural' or 'background' rate, and that 'business as usual is not an option'.

The Secretary-General was expected to argue that the failure to protect biodiversity 'should be a wake-up call', leading to effective ways of protecting forests, watersheds, coral reefs and other ecosystems.

The UN says that as natural systems such as forests and wetlands disappear, humanity loses the services they currently provide for free, such as the purification of air and water, protection from extreme weather events and the provision of materials for shelter and fire.

The rate of species loss has led some biologists to say that the Earth is in the middle of sixth great extinction, the previous five stemming from natural events such as asteroid impacts.

The UN Convention on Biological Diversity (CBD) was agreed at the Rio Earth Summit of 1992, alongside the climate change convention.

But it acquired its key global pledge during the Johannesburg summit of 2002, when governments agreed to achieve a 'significant reduction' in the rate of biological diversity by 2010.

Conservation organisations acknowledge that despite some regional successes, the target is not going to be met; some analyses suggest that nature loss is accelerating rather than decelerating.

'We are facing an extinction crisis,' said Jane Smart, director of the biodiversity conservation group with the International Union for the Conservation of Nature (IUCN).

'The loss of this beautiful and complex natural diversity that underpins all life on the planet is a serious threat to humankind now and in the future.' - BBC