BP bows out on Kosmos stake in Jubilee Field 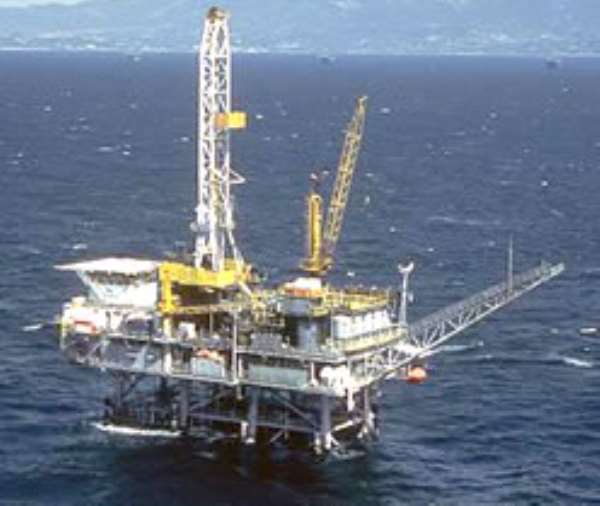 BP Plc., Europe's second-biggest oil company, scrapped plans to bid for Kosmos Energy LLC's stake in Ghana's Jubilee field, two people familiar with the matter said. Talks between BP and Ghana National Petroleum Corp. over a joint offer for Kosmos' Ghanaian assets broke down in recent weeks, according to the people who declined to be identified because the negotiations were confidential. BP wants to focus on other projects, such as the Gulf of Mexico, one said.

BP's withdrawal may pave the way for Exxon Mobil Corporation's planned purchase of Kosmos' Jubilee stake for at least $4 billion. With potential resources of 1.8 billion barrels, Jubilee has attracted attention from Chinese producers as well as BP, as Ghana prepares to become one of Africa's newest oil exporters this year.

Dallas-based Kosmos, backed by Blackstone Group LP and Warburg Pincus LLC, said Oct. 12 that it agreed to sell its Ghana assets, including a 23.49 percent stake in Jubilee, to Exxon Mobil, the largest U.S. oil company. The deal is exclusive, Kosmos Chief Financial Officer Greg Dunlevy said at the time.

Ghana National Petroleum, the state-owned energy company known as GNPC, has threatened to block the sale, asserting its “absolute” approval rights and saying it may buy the stake itself and then bring in partners.

“The government of Ghana has clearly stated that it is interested in, and is prepared to buy, the share of Kosmos in the Jubilee field,” Energy Ministry spokesman, Michael Sarpong said by telephone yesterday from Accra.

London-based BP had hired Goldman Sachs Group Inc. to advise it on Jubilee, two people familiar with the matter said in October.

Ghana's Energy Ministry said in October that the government had held talks with Chinese oil executives over Jubilee. There has been contact with Cnooc Ltd., the listed arm of state- controlled China National Offshore Oil Corp., Sarpong said at that time. A month later, CNOOC said Ghana had blocked the company from making a bid.

Tullow Oil Plc, the U.K. explorer that operates Jubilee, said in July that Ghana will become one of the world's top 50 oil producers after the government approved a plan to start output from the offshore field in the second half of 2010. The West African nation expects to pump 500,000 barrels of oil a day by 2014.

If you repeatedly offend your gods, they'll kill you - Chief...
57 minutes ago