I Am Returning To Nigeria December 27th - Nasir Ahmad El-rufai 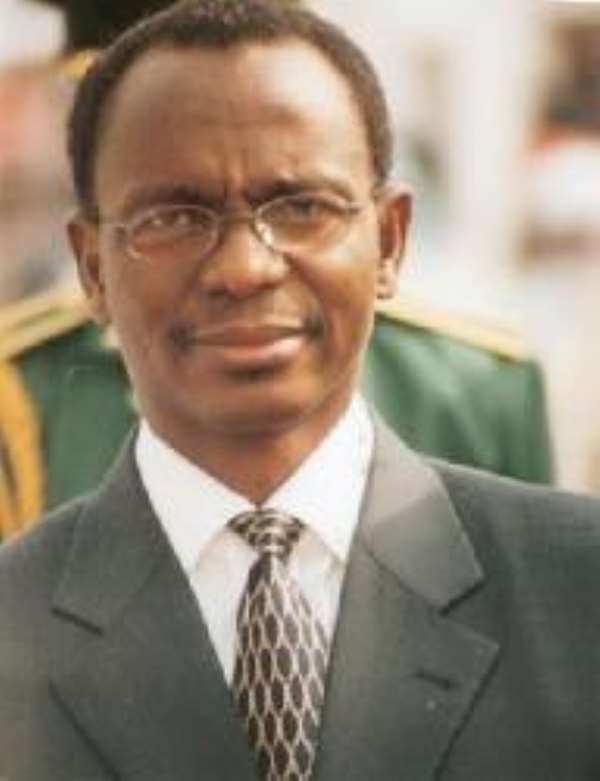 I write to inform you of my intention to return home to Nigeria in December, after a period of academic studies and rest. As you are aware, I left Nigeria last year to take up a Mason Fellowship and enroll in the Public Policy Program at Harvard. Well before my departure, the Yar'Adua administration began and sustained a campaign of calumny against my person and my record as a public servant. The government has orchestrated and reinforced such falsehoods as the alleged disappearance of N32 billion from the proceeds of the Sale of Federal Government Houses. In addition, it has contrived to declare me wanted and has filed criminal charges against me in court. Its agents have repeatedly fed the media with tales of an international arrest warrant and extradition. As an aside, I want to clear the air on this issue and state that there is no truth to such reports as I have travelled widely to all corners of the globe and continue to do so even as I write you.

Not content with efforts to damage my reputation, the government has also attempted to restrict my citizenship and my freedom of movement by denying me a passport, a move that fortunately back fired after secret memos were made public and had to be reversed. You may note the duplicity of a government that sought to sell the dummy that I was a wanted international fugitive fleeing his country while at the same time taking steps to ensure I am unable to return to the country when it got wind of my plans to return by denying me consular services.

All these desperate moves by the Yar'Adua administration have their roots in its paranoia; that its incompetence may provoke its rejection by the Nigerian people who could look the way of more viable democratic alternatives - looking up to reformers that actually got programs executed in the past instead of endless sloganeering of the present!.Since June 2007, the government has been implementing an agenda to destroy me, and my colleagues in the Economic Team. Through all these, I have stated repeatedly that no machinations can keep me out of my beloved country. Despite the deployment of its awesome powers, this administration will not procure surrender or a retreat into impotent resignation from me. A government cannot be permitted to abuse its power in resolving political differences. As such I have chosen to return home, and contribute my quota to restoring Nigeria to a path of sustainable change and reform.

I have been warned that returning home would be as dangerous to my personal health and safety as it would be hazardous to my liberty. While I fully understand the significance of these perils, I am persuaded that there is a duty to ensure that no government flouts the guarantees and protections offered by our Constitution and laws of the land as well as the customs of our people. It is my belief that the effort to make ours a truly law abiding society will not be advanced if I put my personal safety above principles, and stay away.

The majority of my friends, family and loved ones have urged me to remain abroad, for it is best to be safe than to be sorry. I therefore seek their understanding and continued support even if I am unable to accept their counsel. Instead, my head and heart believe it is the right thing to do, and connect strongly to the timeless words of Dr. Martin Luther King, Jr:

But I have no illusions that constitutional protections just kick in on their own or that this can be undertaken as one man's battle. It is the clearly expressed determination of the cream of any society to stand up for what is right that has throughout history safeguarded respect for the rights of all.

In returning home, I intend to continue the pursuit of the raft of cases I have instituted in the courts against the government. I also stand ready to pursue my defense in the one case the government has instituted against me. I call upon you to lend your voice to the insistence that government, its agents and all public institutions respect the constitution, and refrain from illegal acts and obstructions against my person. I do not ask for anything more than the protections our laws afford every citizen of Nigeria.

While I resolve justiciable issues through the legal system, I intend upon my return home to continue my contribution to the democratic process and progress of Nigeria. It is my goal to work with like-minded Nigerians to organize and empower our youths to participate in politics and public service. I believe that such an effort would build the momentum necessary to improve the quality of life and the life expectancy of our people by promoting accountable democracy that turns Nigerians from onlookers to stakeholders in the Nigerian project. Our people have had to endure too many false starts, with every brief dawn swiftly replaced by a long, dark night of incompetence and mismanagement.

As the first decade of the 21st Century draws to a close, the challenge is to ensure that the next decade actually delivers on the potentials that our resources and endowments as a people have always suggested. If we give it our best endeavours, ours could well be the generation that delivers to those behind us a legacy they will find worthy of emulating. My commitment to such an outcome is total and unflinching. I am convinced that Nigeria needs to be tied to her potential not her past.

When the return schedule is finalized, I will publicly announce the date of my arrival into Abuja. And I shall return, in sha Allah, trusting in the benevolence of Allah and the goodwill and prayers of the people of Nigeria that we shall once again overcome tyranny as we seek to entrench democracy and results-oriented governance.

I thank you for your patience in reading my message.