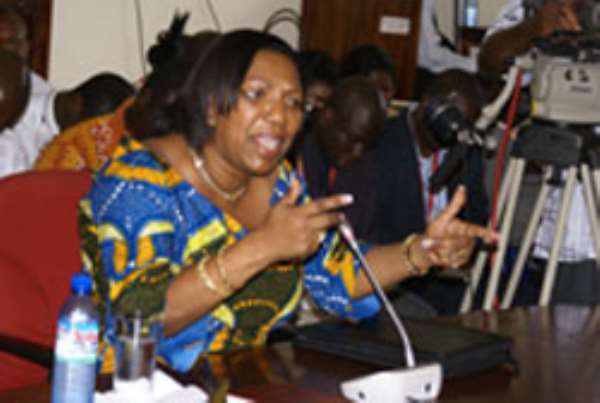 The Attorney General has withdrawn an appeal filed at the Court of Appeal against the order of the Human Right Court asking the Bureau of National Investigations (BNI) to release the passport of Former Minister of Foreign Affairs, Mr. Akwasi Osei-Adjei.

According to Mr. Ebo Barton Oduro, Deputy Attorney General and Minister of Justice, investigations on the former Foreign Minister had been completed and he has been charged with a criminal offence, and arraigned before court and duly granted bail.

An Accra Human Rights Court ruled that the absence of a criminal action against the former Foreign Minister within 48 hours of the seizure of his passport violates the tenets of the Constitution as well as the Universal Declaration of Human Rights, which Ghana is a signatory.

According to the court, the continuous seizure of the passport belonging to Mr. Osei-Adjei is unconstitutional and a complete violation of his human rights as stipulated under the laws. It therefore ordered that the passport be released to the former Foreign Minister unconditionally.

However, the Attorney General filed an appeal challenging the ruling of the Human rights court. It was the view of the Human Rights Court that the seizure of Mr. Osei-Adjei's passport amounts to the curtailment of his freedom of movement spelt out under the various laws that upholds the fundamental human rights of a person, unless he is subject to some investigation by the security agencies.

It also noted that apart from securing the country from external and internal aggressions, the Bureau of National Investigations (BNI), as a security agency had the right to conduct investigations against people alleged to have committed a crime against the state.

The court further held that once the applicant is under investigation for acts and omissions allegedly committed against the state, it was in due process for his passport to be seized. However, the court indicated that in seizing the passport, criminal action should be instituted against the applicant and brought before court within the stipulated 48 hours specified by law.

The former Foreign Minister initiated a legal suit against the Director of BNI and the Attorney-General for violating his fundamental human rights; however, the inclusion of the former to the suit was struckout.

According to Mr. Osei-Adjei, he was invited to the offices of the BNI and his passport was subsequently taken away from him on May 26, 2009, without informing him that he was being investigated or brought any criminal charges against him.

To him, the actions of the BNI was an affront against the human rights rule and therefore unlawful, further stressing that they acted “maliciously and in bad faith” and could not be trusted in conducting any independent and impartial investigation into the role he played in the importation of rice when he was Minister of Foreign Affairs.

Mr. Osei-Adjei had requested the court to declare that the seizure of his passport was not constitutional and an abuse of his fundamental human rights, as well as a further order directed at the Director of the BNI to release his passport unconditionally.

Additional, he further sought an order restraining the Attorney-General and the Director of the BNI from further curtailing his right to freedom of movement without a court order.

However, the A-G's Department defended the detention of Mr. Osei-Adjei's passport on the grounds that the BNI was mandated, under the Security and Intelligence Agencies Act (Act 526), to investigate the former Foreign Minister. According to the A-G's Department, the applicant, who is suspected to have caused financial loss to the state through the importation of huge quantities of rice, was likely to abscond if he had access to his passport.

It further noted that the BNI's decision to detain the applicant's passport was “perfectly legal and constitutional”, adding that it was in accordance with the fundamental human rights provisions in the 1992 Constitution and more particularly under Article 14 (1) (g) of the 1992 Constitution.