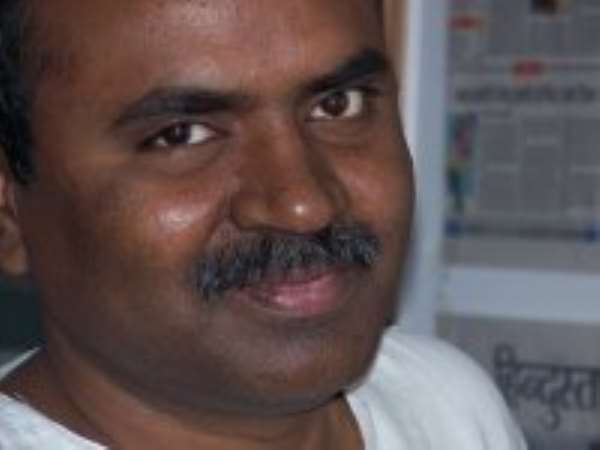 [ Read the first two parts of this article series by Nasiruddin Haider Khan, online at:

Dhaka: Why we talk so passionately about gender based violence? Why do we put so much energy on it? The big question is WHY? WHY?? WHY??? Answer lies on the impact of violence. Is not so?

Domestic violence has grave impact on lives of women and children. It affects their personality. What type of human being they will turn out to be is also determined by violence they face. Several researchers have been giving empirical evidences to the impact of violence. Gary Barker of International Centre for Research on Women (ICRW) has been part of such studies. Dhaka consultation gave me the opportunity to ask Gary categorically about the impact. He has given details, which I tried to summarize as follows-

Impact on Women-Boys- Girls
* Violence create fears among them
* Fear turns them to aggression
* Kids gets trouble in schools
* Capability of learning become less
* Concentration is affected
* Feeling of humiliation and shame
* One slap hurt more to 'heart and ego' than to body. This turns to violence. It means shame more than injury is the reason for chain of violence.

* If a woman or kid subject to repeated violence or living in environment of violence, their Fear Hormone increases. We can measure them in blood.

* Fear Hormone- Cortisol and Andrelin are two hormones also known as Fear Hormone. These are necessary hormone in the body to keep human being alert from eventualities or danger. Like attack of a Lion etc. However, what will happen if someone were on position of constantly alert all the time? They will breakdown. Mentally they will become unstable.

Impact on Girls
* Researches from Europe and America show that girls living in a violent home more likely to either accept violence a form of male behavior or something natural.

* Loss of self esteem
* Less likely to seek help
* Suffer from depression
* Stress
* Do not resist violence
* Become docile
Impact on Boys
* Whereas girls internalize violence in most of the cases, boys externalize it.

* Sees violence as natural and intrinsic part of masculinity

* Later on, On their relationship they use violence

And is there any impact on the perpetrator of violence? Yes!

* Frustration on job
* Unwillingness to work
* Loss of job
Why we talk about the gender based violence, this story was started with this question. After jotting down the impact of violence on different persons, courtesy Gary barker, I do not think anybody is going to ask this question again. Am I right?

So, Men and Women show your courage, let us come forward to end this gender-based violence for better today and tomorrow, for better human being, for better and equitable society and home... for gender equality.

[ Read the first two parts of this article series by Nasiruddin Haider Khan, online at:

Nasiruddin Haider Khan, CNS
[The author is a senior Hindi journalist based in Lucknow and a noted researcher on gender issues. He is a fellow of Citizen News Service (CNS) Writers' Bureau. His website is Gender Jihad(www.genderjihad.in) and he can be reached at [email protected] ]