Gold Fields to hit one million ounces by 2011 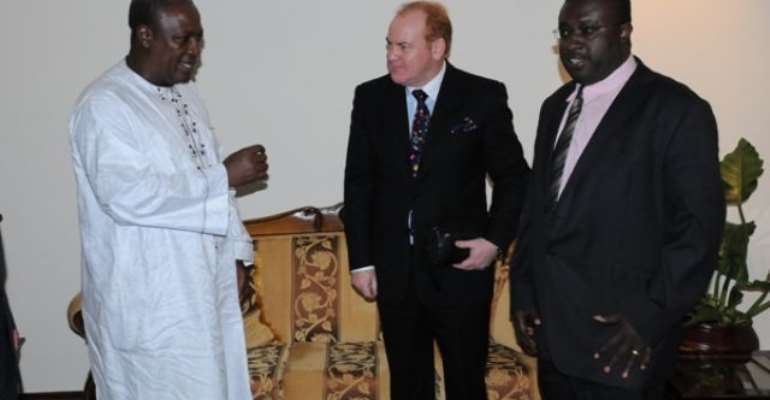 He said government was also appreciative about the company's effort in improving the lives of people in its operational area through the community livelihood programme.

The Vice President gave the commendation when a delegation of the company called on him at the Osu Castle.

He said the venture was in direct response to government's plan to push the Western Corridor Development agenda, to accelerate the development of the area.

Mr. Mahama urged the company to, however, be responsive to the needs of the people and operate responsibly.

The Leader of the delegation and Chief Executive Officer of the company, Mr. Nick Holland said the current conducive economic environment pertaining in the country had encouraged Gold Fields to invest more money into lead gold production.

He assured the government of his company's commitment to meeting environmental standards, as well as the needs of the people and the country.

Mr. Peter Turner, Managing Director of the company in Ghana, emphasized the respect the corporate entity have for the people of the Western Region, saying Gold Fields would not sideline them in terms of social development.

He said the company invested in agri-business, particularly in the areas of fish and poultry farming, piggery and oil palm plantation to meet some of its social obligation to provide job opportunities for the youth.