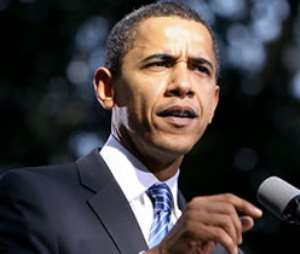 According to Morris, "The U.S. Department of Energy has already confirmed that the United States will be importing over 770 million barrels of African oil annually by the year 2020. The U.S. National Intelligence Council is projecting that 25 percent of U.S. oil imports will come from West Africa by 2015 compared to 15% today. My own professional experience tells me that the political stability of Ghana's government, a credible democratic political party system, and a positive investment environment all favor closer ties to Ghanaians by the Obama White House."

Morris also pointed out that he's confident that President Obama "will work with the Ghana Government and people to help them realize their own potential through job creation in the energy resource sector. I believe that Africa has seen but a glimpse of its potential in oil and gas discoveries in West Africa. The new U.S. President has obviously taken notice of this fact."