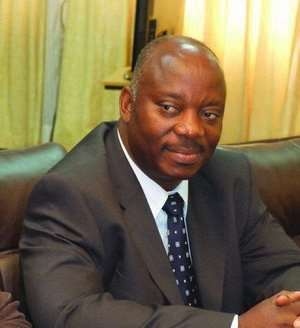 HE chairman of the Ghana Anti-Corruption Coalition (GCC), the Rev Dr Fred Deegbe, has called on government to come out with clear cut guidelines on lobbying to help Members of Parliament (MPs) in the performance of their duties.

That, he said, would eliminate or reduce acts and practices that could lead to corruption.

Commenting on the bribery allegation by P.C. Appiah-Ofori, NPP MP for Odoben/Asikuma/ Brakwa,that some New Patriotic Party (NPP) MPs took 5,000 dollars each before approving the Vodafone deal, he said, “there should be a code of conduct specifying what people can do and accept when working as public officials.”

Rev. Deegbe told the Times that Apppiah-Ofori’s allegation should be investigated by the Commission on Human Rights and Administrative Justice (CHRAJ) to unravel the truth.

“There must be a full scale investigation to ascertain the facts of the matter since the allegations and the denials will not enhance the nation’s democracy.”

He said that if the allegations were true, then the whole exercise amounted to bribery and corruption; hence the need for CHRAJ to step in and set the records straight.

“It is wrong for anyone to accept any form of monetary inducement to have a bill passed or a deal approved,” said Rev. Deegbe, who is also the General Secretary of the Christian Council of Ghana.

He explained that the code of conduct, when initiated should have clear and transparent rules to determine the extent an MP could go to have a deal approved.

“When such a code of conduct is in place, the law will take its course when flouted,” he noted.

Rev. Deegbe further said that as an institution that initiates laws and policies for public good, “the nation’s democracy would be entrenched if Parliament purges itself of the allegations”.

However, the Executive Director of the Imani Centre for Policy and Education, Franklin Cudjoe, said the appropriate authorities should first question Mr Appiah-Ofori as to what prompted him to make such an allegation at this time.

“Why is he making these statements now? It is because he did not benefit?” he asked.

Notwithstanding, he said, the banner of accountability should be held high; hence, the need to know the full facts of the case.

“When something is bad, it is bad, no matter the government in power and the period the incident happened; hence the need to investigate for the purpose of accountability,” he said.

“With crime there is no statutory bar,” he said.

Dr Yao Graham of the Third World Network, welcome the referral of the case to the Privileges Committee of Parliament.

“It will test the quality of work of the Committee when such incidents are referred to it,” he said.

He, however, called for a strict enforcement of the provisions of the criminal code to avert corrupt practices.

Dr. Graham said that outcome of the work of the privileges committee would determine the next line of action.

Dr Emmanuel Akvefferh, Executive Director of the Institute for Democratic Governance said the matter should be investigated to establish the truth because of the damage it could do to the integrity of parliament.

He said, “Parliament as an institution cannot be investigated from outside because it is a self-governing institution.”

“However,” he said, “the matter at hand is a matter of interest to the entire country and, therefore, parliament should support an independent investigation so that the truth will be known, established and the integrity of the institution protected.”